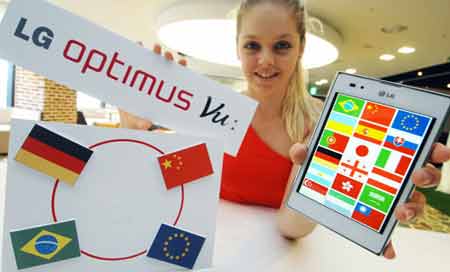 Besides the upcoming Galaxy Note 2, prospective users looking for a phone with a larger screen may also consider the LG Optimus Vu as a potential alternative. After introducing it in Korea and Japan, the manufacturer is all set to release it next month in Asia, Africa, Europe and Latin America.

The smartphone-tablet hybrid’s internal workings are carried out under the supervision of the quad core Nvidia Tegra 3 mobile processor. The chipset’s 4-Plus-1 architecture should be capable of carrying out multiple demanding tasks simultaneously and its fifth core is mainly responsible for keeping the device’s battery life in check. To help save on the power consumed, this extra core comes into play when users make a voice call or send emails and so on.

“The different form factor makes Optimus Vu: unique even in the 5-inch smartphone category which we expect will catch on once they become more widely available,” quoted Dr. Jong-seok Park, president and CEO of LG Electronics Mobile Communications Company. 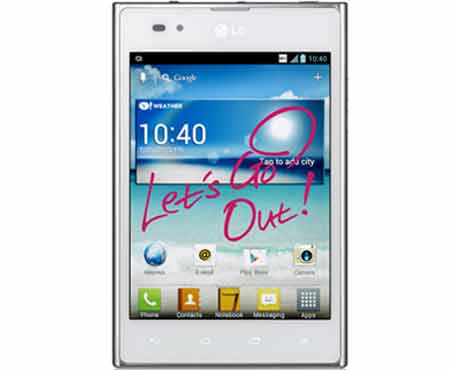 The Vu’s front panel is dominated by a 5-inch multi-touch XGA IPS display of a 4:3 aspect ratio and is capable of projecting visuals in a 768 x 1024p resolution. Spacious yet pocketable, the slab measures 139.6mm x 90.4mm x 8.5mm and weighs approximately 168 grams. Additionally, it is equipped with an 8MP primary camera as well as a 1.3MP front-mounted webcam. The device treats users to the Ice Cream Sandwich platform and is loaded with the latest version of Notebook and QuickMemo too.

The region-specific LG Optimus Vu price and release date details have not been mentioned, but the device is expected to embark on its globetrotting journey this September.