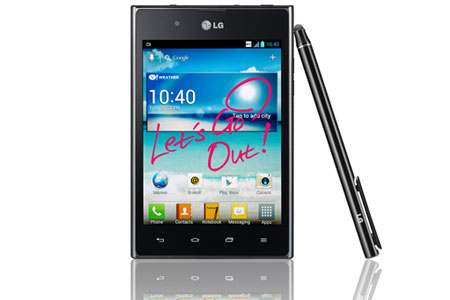 The LG Optimus Vu and its price has been revealed. Called a phablet not for its chic appearance, but because it falls between smartphone and tablet, it comes with a 1.5GHz Nvidia Tegra 3 quad core processor. The company said it would go globetrotting in September and finally, here it is.

But what sets it apart from other devices in its segment? Soon Kwon, president of South West Asia and Managing Director of LG India, seems to think it’s the phone’s form factor that helps win over customers in the 5-inch category. 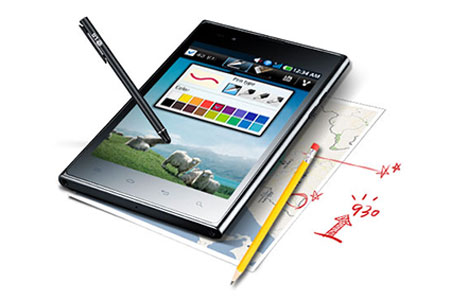 The Optimus Vu features a 5-inch true XGA IPS display with an aspect ratio of 4:3 on its slim 8.5mm body, and runs on Android Ice Cream Sandwich. For video needs it sports an 8MP camera on its rear panel with auto focus, LED flash and 8x digital zoom that’s capable of capturing video in 1080p resolution. A 1.3MP front facing webcam comes in handy for video conferencing.

And it’s not just a high-end processor that the device packs. It also comes with NFC capabilities, a Rubberdium stylus and the company’s new User Experience (UX) which allows users to take down notes easily from any screen. 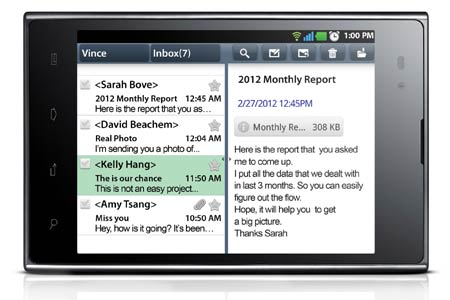 Rounding off the specifications, there’s 1GB of RAM and 32GB of internal memory for storage purposes. Wi-Fi, Bluetooth 4.0 and GPS also make the cut while video streaming is possible too.

The LG Optimus Vu will be made available in India carrying a price tag of Rs. 34,500.