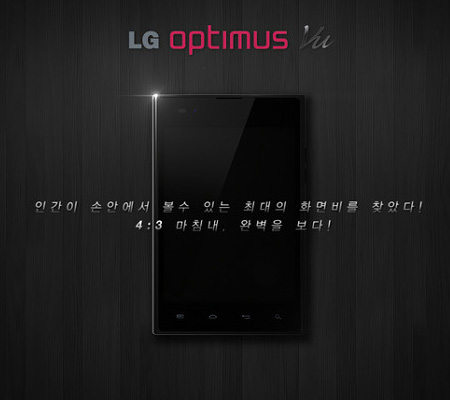 After all the unofficial sneak peeks we’ve had of upcoming LG phones, it’s nice to see the OEM actually announce one, the device in question being the LG Optimus Vu. The company has released a teaser which gives a quick glimpse into the specs of the smartphone.

Needless to say, not much has been divulged at present even though it is now known that the mysterious Optimus will be embedded with a touchscreen spanning across 5 inches. If this wasn’t enough, then the handset’s display will also be seen proffering an aspect ratio of 4:3. While citing Datacider, a post on Engadget shares that the offering may probably be powered by the Android 2.3 platform.

The expansive screen may receive a thumbs up from fans, but the OS can seem like a dampener of sorts, especially at this time when many have tasted the sweetness of Ice Cream Sandwich. Whatever be the case, the arrival of the LG gadget will not only expand the company’s Optimus lineup, but also add to the number of Android running handsets for loyalists out there. 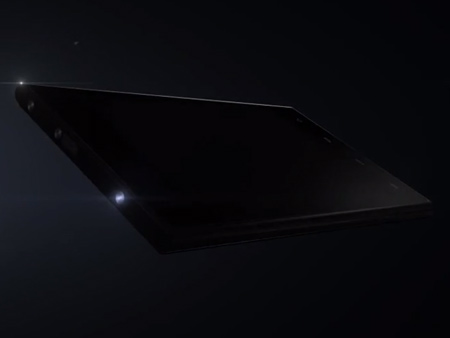 Apparently, the mobile phone will land fueled by a Qualcomm APQ8060 SoC chip backed by 1GB of RAM. It is expected to be an NFC-enabled device with 8GB ROM and it is said to boast of an 8MP primary camera. Albeit nothing can be asserted for sure until the company comes clean with the details, an image of the handset has been tagged with a February 21 date. Potential users can stay on the watch for further information and an official word which confirms the availability date of this smartphone.

The LG Optimus Vu price and release date are under wraps, much like the other features of the device.