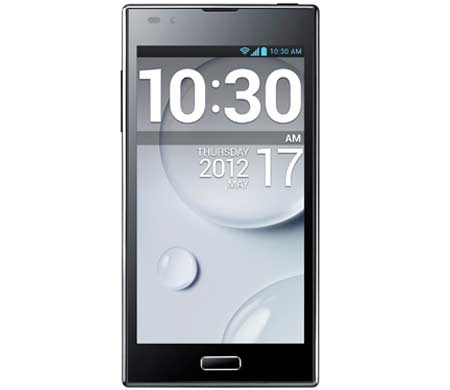 The LG Optimus LTE II smartphone that tried to take the spotlight away from the Samsung Galaxy S III, will hit store shelves in Korea this week. Integrating 2GB RAM, the phone will also be released in markets outside Korea, but the exact date will only be announced in the future.

The smartphone employs a 1.5GHz dual core Qualcomm application processor under the hood, and sports a 4.7-inch 500 nits 1280 x 720p True HD IPS multi-touch display on the front panel. It employs a powerful 2,150mAh battery with SiO+ technology. So the blend of unconventionally high capacity RAM, long battery life and LTE connectivity should strike a chord with prospective users.

“The Optimus LTE II is the most powerful smartphone technology currently available in Korea. With a faster LTE network, the barrier for downloading and running very large applications is no longer a significant one for many customers, which is why LG saw a need for more RAM on high-end smartphones,” commented Dr. Jong-seok Park, President and CEO of LG Electronics Mobile Communications Company.

The 8MP rear-facing camera teams up with advanced imaging capabilities to deliver improved quality photos. The Voice Shutter feature of this smartphone lets users capture images by solely employing their voice. A 1.3MP front-facing camera has also been added for video calling purposes. The Ice Cream Sandwich based device boasts of a new user interface complete with Quick Memo to facilitate jotting down notes directly from any application. Some other attributes are inclusive of folder management tools, widget size control and face recognition amongst others. Additionally, an optional magnetic induction wireless charging system will be released for the handset.

The LG Optimus LTE II price and release date have not been spelled out as yet.