LG is working to bring Android 4.4.2 KitKat to its older devices such as the Optimus L9 II and G Pro Lite which went official back in 2013. The company has officially revealed this information through its Italy-based Facebook page where the former device will receive the update in the coming weeks, while the latter will have to wait for the end of Q2 to taste the latest Android release.

However, GSMArena has learnt that the Optimus L9 II has already started receiving the upgrade, at least in Slovakia. No changelog is available as yet, but the improvements include stability, better battery performance and the usual bug fixes. The KnockCode security feature is reportedly onboard as well. The smartphone is the predecessor to the L90 and it was launched with Android 4.1 Jelly Bean. The phone will skip directly to version 4.4 KitKat through the latest firmware. 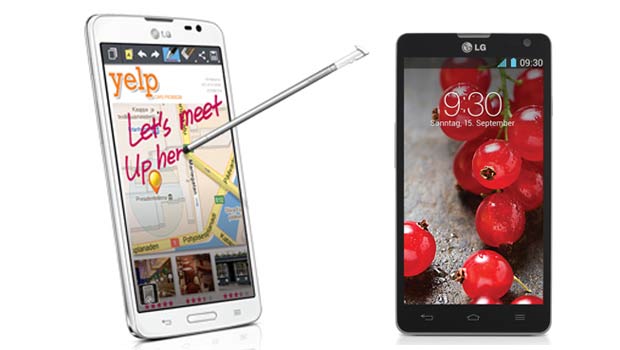 The G Pro Lite is the toned-down version of the company’s first phablet, featuring a 5.5-inch display with qHD resolution. The phone was also launched with Android 4.1.2 Jelly Bean and is being bumped directly to KitKat. Specs-wise, the handset has quite the mediocre components, but a large battery of 3140mAh capacity.

With the Android 4.4 firmware, Optimus L9 II and G Pro Lite owners will also receive updated versions of exclusive apps such as QSlide, QuickMemo and more. LG might also bring KitKat to the other L Series II smartphones, but has made nothing official as yet.

Here’s a look at the G Pro Lite specs: