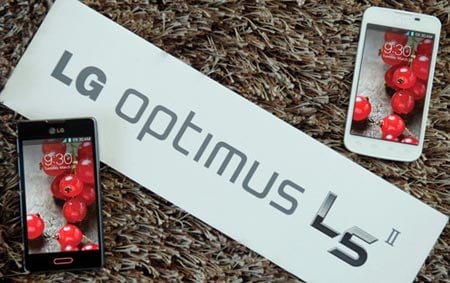 The LG Optimus L5 II has been launched in Brazil with worldwide availability to follow. A dual SIM version is available in the South American nation, but both single and dual SIM versions will be brought to South and Central America, in addition to Europe, Asia, Russia, the Middle East and Africa.

The Optimus L5 II was officially revealed in February as part of a refreshed series along with the L3 II and the L7 II. It makes its way nicely into the line and comes with a few stylish design cues as well as the company’s premium user experience (UX) features. It is being positioned such that those looking for a premium smartphone with 3G connectivity will have another option at their disposal.

The handset sports a contour cut by laser as well as a radiant rear design. Smart LED lighting means the physical home button will glow in different colors depending on whether users have a notification about a text or a missed call, among other things. One of the new UX enhancements is that users can customize the hotkey to launch practically any app including QuickMemo, the camera, music or others. This UX also steps up safety allowing real-world assistance when it is required. 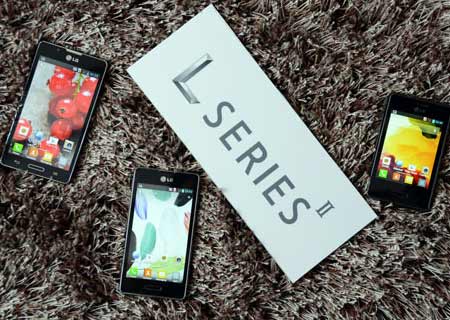 The phone comes with the latest Android OS, Jelly Bean, and sports a nice 4-inch display panel with WVGA resolution. It falls squarely in the mid-range category, and to that effect has just 512MB of RAM and a single core processor running at a clock frequency of 1GHz. There is about 4GB of internal memory, again something that might be seen as a bit short by today’s standards.

Lastly, there will be a 5MP camera on the device which has been granted the assistance of an LED flash just like the model it replaces. That doesn’t change. The battery however, has received a small bump up and goes from a 1,500mAh unit to a slightly more powerful 1,700mAh unit. The dual SIM variant is just about 1mm taller than the version with a single SIM slot.

The LG Optimus L5 II will come in 4 color choices – indigo black, white, pink, titan. Its price has not officially been revealed, and neither has a release date in the other regions of the world.