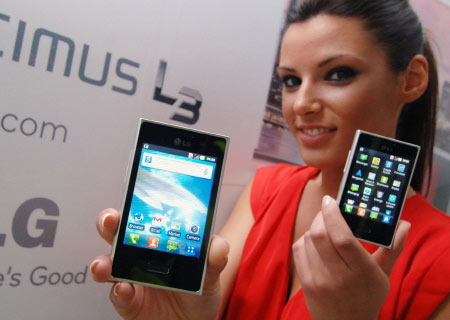 The first of the L-Style series phones to ride out of the stable, the LG Optimus L3 is all set for its debut in Europe this month. Taking a bite out of Gingerbread, this pretty compact piece of hardware is fitted into a squarish frame which sports metallic accents to give it that modern, edgy appearance.

LG’s put a 3.2-inch, QVGA touchscreen display on the handset that has been described as an ‘on-the-go socializing tool.’ Logically, this should mean longer talktime too and the company says the 1,500mAh battery powering it should serve just right. In terms of color options, potential users get to choose from hot pink, white, blue and black.

“We’ve always believed in the need to offer a variety of smartphone options and many people simply don’t want to pay for a lot of extra bells and whistles. We think the Optimus L3 offers all of basic smartphone-related benefits but in a more premium package that hasn’t been seen before on a smartphone in this category,” averred Dr. Jong-seok Park, President and CEO of LG Mobile Communications Company. 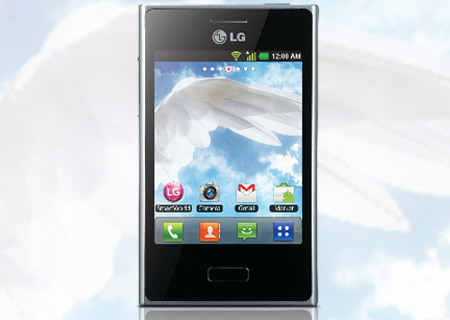 Diving under the hood, the LG Android 2.3 smartphone is powered by an 800MHz dual core processor and 2GB RAM as well as 150MB internal memory. It seems to have a very basic 3.2MP camera on the back panel and sports dimensions measuring at 102.6mm x 61.6mm x 11.8mm. Well, the specs may not be all that impressive, but anyone looking out for a mid-range handset isn’t likely to feel let down.

Though the LG Optimus L3 price hasn’t received a clear mention, the phone is scheduled to reach Europe in March, followed by Russia and Asia, before it launches in other markets across the globe.