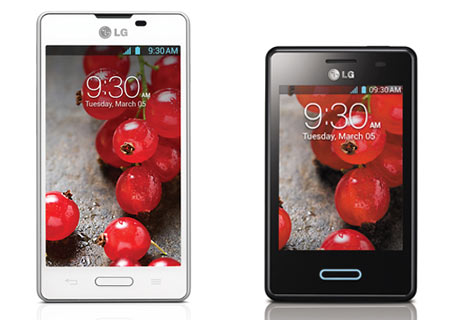 LG has launched its latest Android Jelly Bean touting Optimus L3 II and L5 II smartphones in India and has affixed them with budget-friendly price tags. The dual SIM versions of both devices and the L7 have already been unleashed into the market carrying retail amounts that have a sub-Rs. 1,000 surplus charge compared to that of the single SIM options.

Being part of the L Series II which was announced before the MWC 2013, these smartphones come with various features that aim to enhance user-convenience in daily tasks. With QuickMemo, taking screenshots and writing notes is made easy and Quick Button allows owners to assign an application to the dedicated hotkey for quick access to the camera, browser, music player or QuickMemo. Then there’s Safety Care which provides services like Call Forwarding, Phone Non-Usage Notice and My Location Notice that can be programmed to contact one number in cases of emergencies. 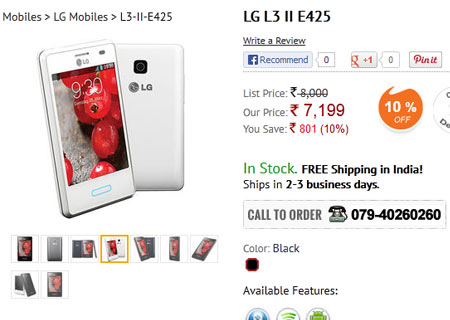 The L3 II is the smallest in the range featuring a QVGA IPS screen of 3.2 inches wide. It runs on Android 4.2.1 and has a 1GHz single core processor tucked away on the inside to deliver steam. It comes with the Optimus 3.0 UI, a 3MP rear camera and 512MB of RAM. On the storage front, users will have 4GB of internal storage out of which only 1.75GB is accessible, and a 32GB supported microSD card slot. There’s a 1540mAh Li-ion battery that can deliver up to 8 hours of talktime or 480 hours of standby.

The L5 II packs in a larger screen which is a 4-inch True IPS WVGA display. Carrying the load is a 1GHz processor of unknown make and 512MB of RAM. Avid photographers will have a 5MP AF camera on the rear with LED flash to capture images and record footage. Memory provisions here are identical to that of its smaller sibling, but the phone houses a larger battery of 1700mAh that’s said to provide less than 10 hours of calling or 642 hours of idle time. Both devices feature smart lighting through the LED surrounding the home button that notifies users of incoming calls, e-mails, messages and more with different colors. 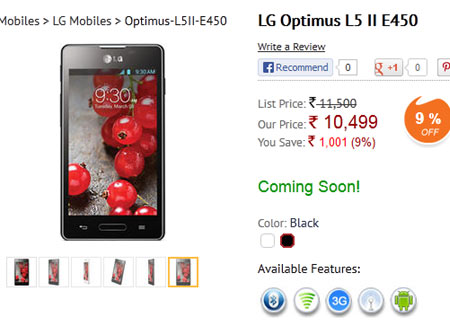