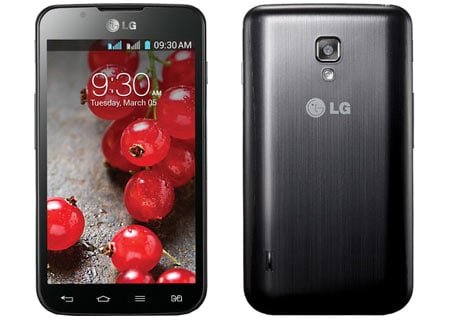 LG has quietly updated its official website for India with information on the Optimus L3 II Dual and L7 II Dual, revealing their price and full technical specs. The phones were announced just ahead of this year’s MWC, along with the L5 II and the company started rolling out the lowest model towards the end of February beginning with Brazil, with the L5 II getting similar treatment in early March. But there isn’t word on a release date for the two handsets.

The lower end of the two, which has been given the model number E435, sports a 1GHz processor with 512MB RAM and a 3.2-inch QVGA True IPS display, contained within its dimensions of 102.9 x 61.3 x 11.9 millimeters. It has a fixed focus 3MP CMOS main camera on the back, but doesn’t give users a front-facing webcam. 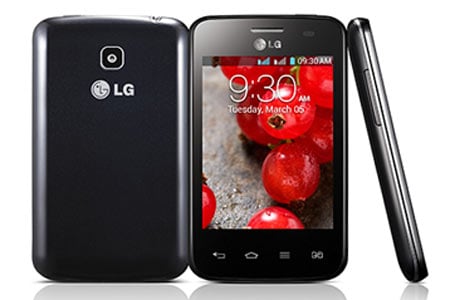 Although there is 4GB of internal storage, only about 1.75GB is accessible, and expansion of up to 32GB via a microSD card slot is possible. Lastly, it will include a 1,540mAh Li-ion battery, claimed capable of 7 hours of talk time or 460 hours on standby. And it weighs just about 107 grams.

Coming to the more expensive one (P715), it is taller and broader, but manages to hide away a 1GHz dual core processor within a thickness of 9.7 millimeters. The 768MB of RAM included is not that high, but the phone can boast of a 4.3-inch True IPS display offering a resolution of 800 x 480 pixels. 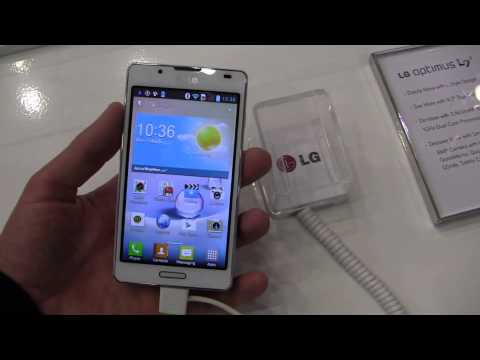 It gets two cameras – an 8MP snapper on the back with auto focus and LED flash, and a front-facing VGA webcam, but internal storage remains the same (4GB). It will accept microSD cards of up to 32GB and pack a more powerful 2,460mAh Li-ion battery which should give 12.5 hours of talk time or about 852 hours of standby, according to the company’s estimates.

Both phones will run on Android Jelly Bean (4.1) and feature version 3.0 of the company’s user interface for the series. The dual SIM devices will operate in dual standby mode, latching on to GPRS, EDGE and 3G networks. A few connectivity options are also shared including 802.11a/b/g/n Wi-Fi, Bluetooth 3.0, A-GPS, while the higher model adds Wi-Fi Direct and DLNA and gets an ambient light sensor, in addition to the cheaper phone’s proximity sensor, accelerometer and digital compass. 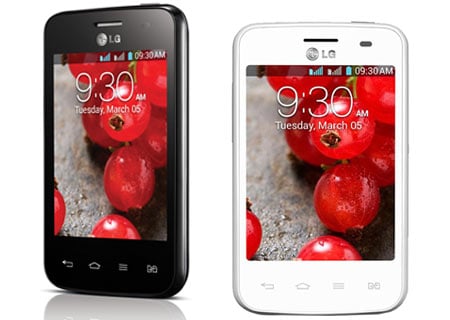 According to the manufacturer’s official website, the LG Optimus L3 II Dual and L7 II Dual can be purchased for Rs. 8,800 and Rs. 18,650 respectively. Online retailers Flipkart and HomeShop18 have listed the two handsets at 10 percent and 20 percent off correspondingly at Rs. 7,899 and Rs. 14,990. There isn’t a clear picture of when the phone will be released though.