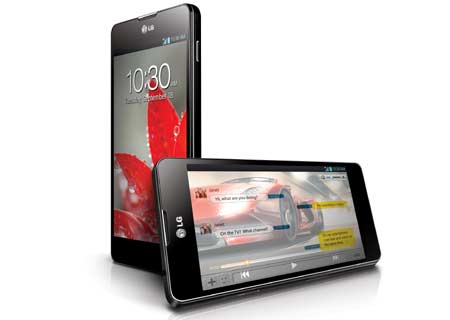 The LG Optimus G, the South Korean conglomerate’s next generation flagship smartphone is soon to go up for sale in Korea. And come October, it’s expected to set sail to various other destinations globally.

The company claims to not only deliver enhanced multitasking capabilities, but also cross-tasking of activities through the LG Optimus G. To showcase this new ability, a host of features has been introduced. First on the list is the QSlide function which divides the screen into 2 halves allowing users to carry out 2 different operations at the same time.

“The Optimus G is a groundbreaking premium device not only in the history of LG but also in the smartphone industry,” comments Dr. Jong-seok Park, president and CEO of LG Electronics Mobile Communications Company. “With the Optimus G, users will be able to experience unsurpassed UX features that will allow them to perform tasks that really enhance their daily lives.”

The Live Zooming attribute is said to improve the overall video-watching experience by allowing users to zoom in up to 5 times during playback, while Dual Screen Dual Play enables screen mirroring and the ability to display different content on the TV and smartphone individually. The other apps thrown into the roster include tools such as Icon Personalizer, Application Link and the popular QuickMemo.

The device in question is the result of combined efforts put together by LG and its sister companies. Here’s a quick run-through of what the handset is equipped with – A 1.5GHz quad core Qualcomm Snapdragon S4 Pro Krait processor does all the heavy lifting with assistance from 2GB of RAM. Along with LTE connectivity, the smartphone packs in a 4.7-inch WXGA True HD IPS Plus display, 32GB of storage and a 2,100mAh battery.

The LG Optimus G price in Korea hasn’t been disclosed as yet, but the smartphone’s release date is scheduled for sometime next week.