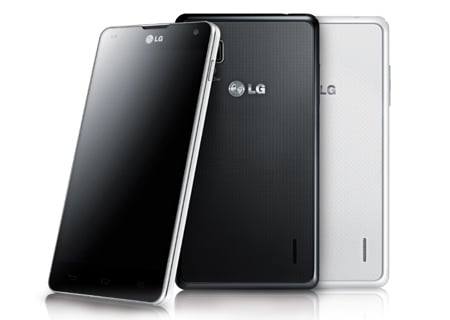 The LG Optimus G release date has been revealed in the process of its official unveiling. There was quite a bit of talk surrounding the phone after the Korean multinational company teased fans mercilessly. It will be the first from the electronics giant to feature the quad core Qualcomm Snapdragon S4 Pro processor, and will set the precedent for smartphones to come, the company thinks.

LG, it seems, has gone the distance aiming to deliver a benchmark and has tied up with its sister companies to enhance things like viewing, battery capacity and user experience. The phone will be capable of operating on 2G, 3G and 4G LTE networks and will run Android 4.0. The 1.5GHz Qualcomm processor will feature technology allowing each core to be powered on and off independently, and will be backed up by an Adreno 320 GPU.

The LG Optimus G will sport a 4.7-inch WXGA True HD IPS+ display with a resolution of 1280 x 768p. Storage should prove ample with 32GB provided, while 2GB of RAM gives the phone an edge in terms of speed. Mobile photography lovers are not left behind with the addition of a 13MP rear camera and an auxiliary 1.3MP front-facing one for video conferencing.

“We are confident that users will have a superior experience with everything that we’re offering in the Optimus G,” said Dr. Jong-seok Park, President and CEO of LG Electronics, in an official statement.

He continued, “Optimus G isn’t just another high-performance phone with the latest bells and whistles. It’s a collaboration of some of the best component makers on the planet coming together for a singular cause, to develop a smartphone that stands out in a sea of me-too devices.”

User experience features have been added to enhance, well, just that. They include QMemo first seen in the Optimus Vu, Live Zooming which allows users to zoom in and out while watching a video and a ‘Dual Screen Dual Play’ function so that different content can be displayed on the phone and a TV screen. And using these shouldn’t be cause for concern, as the smartphone packs a pretty impressive 2100mAh battery.

The LG Optimus G release date has been officially confirmed for September in Korea, following which it will be launched for other markets. However NTT Docomo will be the first to unveil a Japanese edition.