Well Google did it with its Nexus 4, and now it’s the turn of the LG Optimus G Pro to reenter the US market in the form of a white colored model. Stateside, the phone is exclusive to AT&T, and an image of a white variant sporting the carrier’s logo has been outed by none other than @evleaks. Official confirmation on its existence is still nowhere to be found, but the Twitter account these days doesn’t seem to be erring even a bit in its regular stream of leaks.

Unveiled for the first time earlier this year, the LG Optimus G Pro is currently offered by AT&T in its black hue at $100 on contract or at $440 outright. The new version too is expected to sell at the same price. This Android 4.1 Jelly Bean smartphone bears on its front surface a 5.5-inch full HD IPS display which is able to dish out a pixel density of 400ppi. It is powered from within by a Qualcomm Snapdragon processor and its 1.7GHz quad core CPUs. Apart from that, 2GB worth of RAM also finds its way into the device. 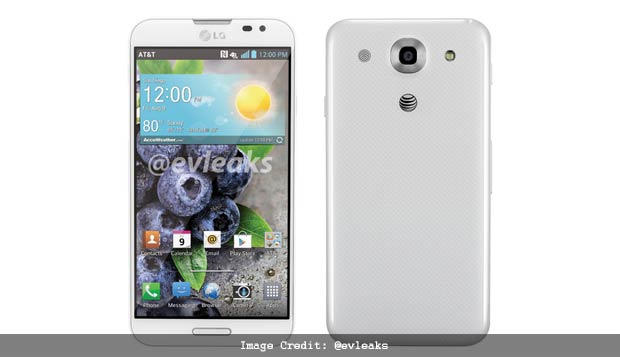 On its rear surface rests a 13MP main snapper which is capable of capturing 1080p videos, while its front too boasts of a full HD 2.1MP camera. The LG Optimus G Pro is sold with 32GB worth of on-bard storage, and it even possesses a microSD card slot for further expansions of up to 64GB.

We’ll have more on the white version of the AT&T LG Optimus G Pro when additional details about it are out.