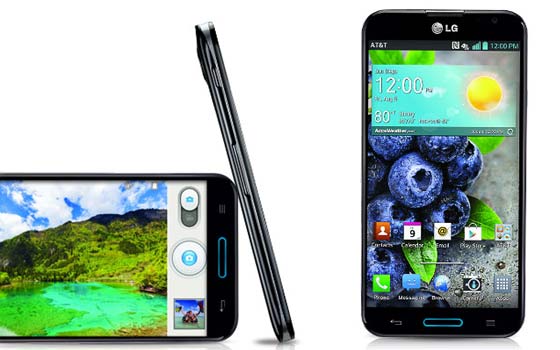 The Value Pack update for the LG Optimus G Pro smartphone which was announced back in March is now being pushed to customers on AT&T’s network. LG has already made the latest software available for those residing in Korea a few months ago and there’s no confirmation if it’s being rolled out to other locations around the globe.

The Value Pack update for the LG Optimus G Pro is basically aimed to counter the enhanced features Samsung has delivered through its Galaxy S4 flagship. The latest firmware is said to introduce various new attributes for the camera. First on the list is Dual Camera which allows users to capture images or videos through the rear- and front-facing snappers simultaneously to create a single shot.

Additionally, with the LG Optimus G Pro Value Pack software, owners will have access to the Video Pause and Resume function which enables them to start and stop recording clips sans any break in between. And taking a few cues from the Smart Pause tool found on the S4 is Smart Video which automatically pauses playback when the user looks away from the screen. LG Optimus G Pro owners will also receive utilities for augmented app management and for monitoring battery as well as data usage.

The Value Pack upgrade for the Optimus G Pro is said to be rolling out via OTA delivery for all AT&T customers. It can be acquired through the Software update menu in the About phone tab under General in Settings. What’s worth mentioning is that the smartphone in question is now being offered at a discounted rate of $299.99 through the carrier.