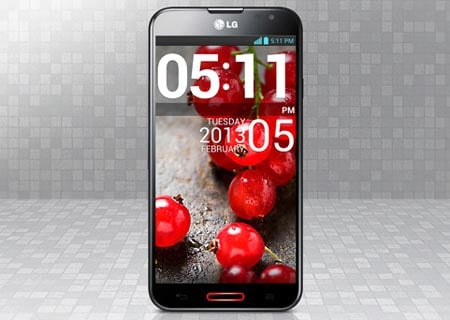 The latest LG flagship, the 5.5-inch Optimus G Pro, is apparently set for a May release date on AT&T in the US, according to a new report. We last saw the handset when it was launched for Korea in February, but the manufacturer chose to get into the details of the software features only last month.

Let’s revisit the device’s specs just to be sure. It will have a 5.5-inch IPS display capable of putting out images and video at a resolution of 1080 x 1920 pixels. In this department, when released, it will be one of the few phones to boast of a full HD screen. Of course, it will make use of the Android Jelly Bean platform and should feature all the software attributes we recently heard about, such as Smart Video eye recognition and smart LED lighting. 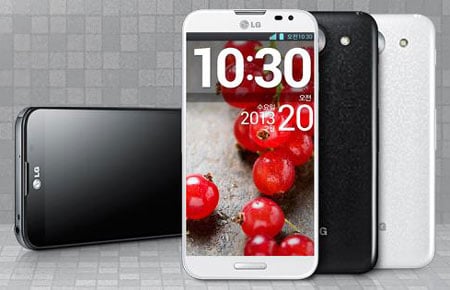 It employs a quad core Qualcomm Snapdragon 600 CPU ticking at 1.7GHz and 2GB of RAM to monitor tasks, apps and operations. There’s also an Adreno 320 GPU for video needs, while the company has included a colossal 32GB of on-board storage, which can be taken still further via microSD card.

A 13MP camera will command the rear panel and comes with auto focus and an LED flash. On the front, users will get a 2.1MP webcam for video chat and picture-in-picture dual image capture. Wi-Fi, Bluetooth 4.0, DLNA and NFC round up the connectivity options, and the handset can also act as a Wi-Fi hotspot. 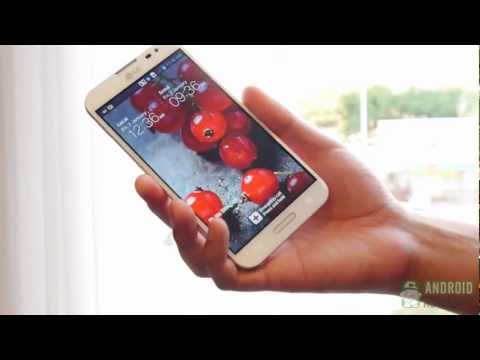 Now Android Central has received information from a source familiar with the launch plans for the handset in the US. The source ‘confirms’ that the region will see the larger (5.5-inch) version which was headed to South Korea, rather than the full HD 5-inch model reserved for Japan. 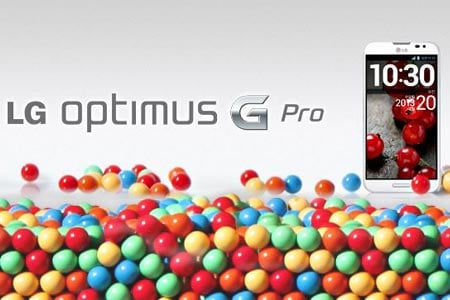 According to the report, the LG Optimus G Pro will arrive at AT&T in the US on May 10, but as with anything unofficial, it is possible that this release window will be moved around slightly. It is also likely that the phone will eventually come to more carriers in the region, but for now it looks on course to hit just the one mentioned above.