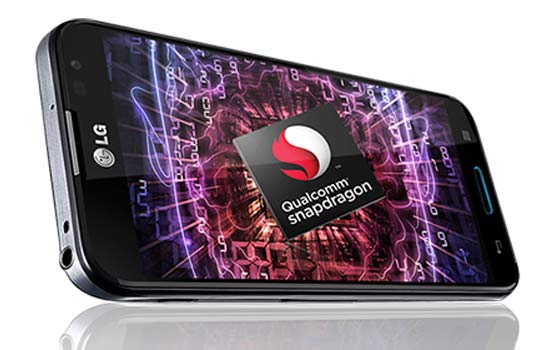 The LG Optimus G Pro is all set to make an official appearance in India tomorrow as the company has sent out invites for an event which will be held in New Delhi. LG has also introduced most of its latest smartphones in the country and the arrival of its flagship has been anticipated for a few months now.

The LG Optimus G Pro has already missed its previously designated launch which was scheduled for last month. What’s disappointing here is that the handset is quite late to debut in the country, especially now that a new flagship is expected to go official in the coming months carrying the latest Snapdragon 800 processor. Nevertheless, it’s better late than never.

The LG Optimus G Pro falls in the phablet category carrying a large display. It will face tough competition from the likes of the Note 2 and the Mega series from Samsung as well as the recently launched Lenovo K900 that’s powered by a dual core Intel Clover Trail+ processor. The smartphone in question will arrive with a 1080p FHD IPS touchscreen that’s 5.5 inches wide with a Gorilla Glass 2 coating for added protection. 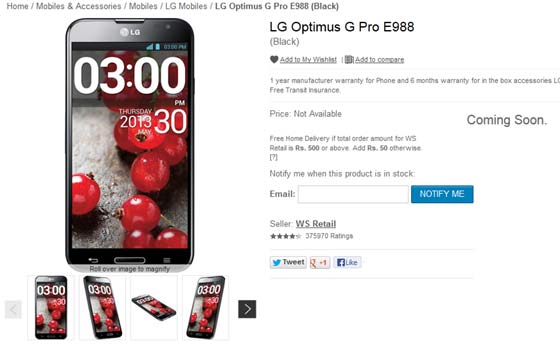 Like its predecessor (read our review), the LG Optimus G Pro also features a 13MP camera on the rear, whereas the front dons a 2.1MP webcam. Hard at work on the inside are popular hardware components which fuel various high-end smartphones. They comprise of a quad core Snapdragon 600 SOC @ 1.7GHz and 2GB of RAM. Users will have 32GB of internal storage and a microSD card slot for expansion. Apart from Wi-Fi, Bluetooth and NFC radios, there’s a 3140mAh battery onboard.

The Optimus G Pro is scheduled to be unveiled tomorrow and while no price or release date details have been provided, we expect the handset to retail for under Rs 40,000. So far, the device has been listed on Flipkart.