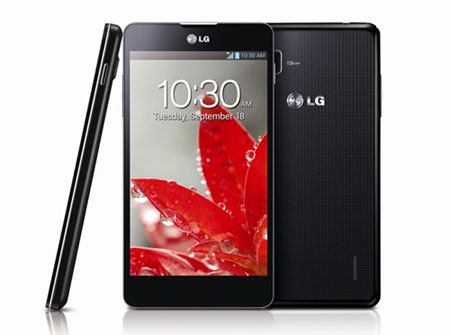 The LG Optimus G will start its foray into 50 more countries this month in what is part of a global roll out, as the South Korean company broadens its LTE footprint. Already launched in the US, Canada, Japan and the company’s own native Korea, the device is set to bring Jelly Bean and HD visuals coupled with quad core power to more countries soon.

The Optimus G was pushed as the most premium and powerful smartphone from the company, that is, until we heard of the pro version of the phone from NTT Docomo. It has a 4.7-inch True HD IPS Plus display capable of delivering visual output at a resolution of 768 x 1280 pixels. The company says it will come with updated software and run on the Jelly Bean platform. 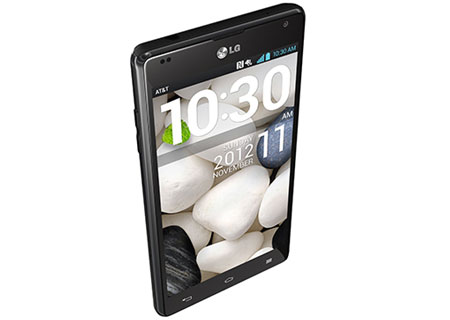 On the rear is an 8MP, auto focus camera which can capture full HD (1080p) video, while on the front is a 1.3MP webcam for video conferencing. Besides, it also supports live zooming, which means users can zoom in and out of videos during playback, and even the company’s ‘dual screen dual play’ function allowing content to be shared via a larger screen while other tasks are carried out on the device.

It will draw out power from a 1.5GHz quad core Qualcomm Snapdragon S4 Pro processor, while 2GB of RAM should keep things running smoothly. In addition, there is 32GB of internal storage, with 16GB being integrated and the other 16GB coming in the form of a pre-installed microSD card. The phone can take expansion cards of up to 64GB capacity. 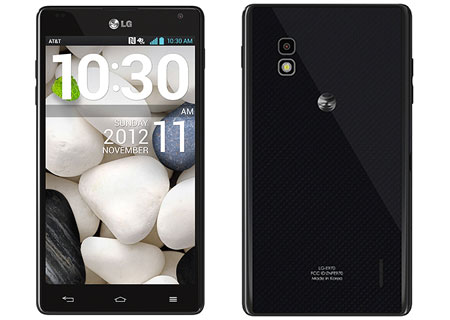 LTE connectivity is the highlight of the smartphone, while HSPA+, DLNA and GPS are also available to users. A 2100mAh battery rounds up the specs, providing up to 10 hours of talk time or about 13 days of standby time on a single charge. Lastly, it measures 5.15 x 2.82 x 0.33 inches in dimensions and weighs approximately 147 grams, making it not too large or bulky so as to be inconvenient.

The LG Optimus G should begin appearing in more markets starting with Singapore at the end of the month. 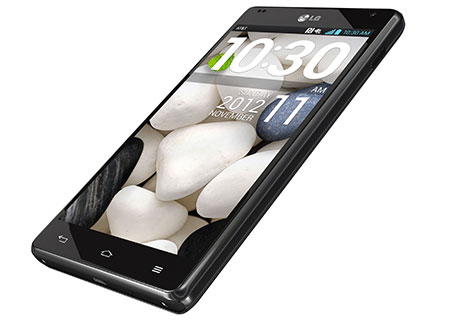