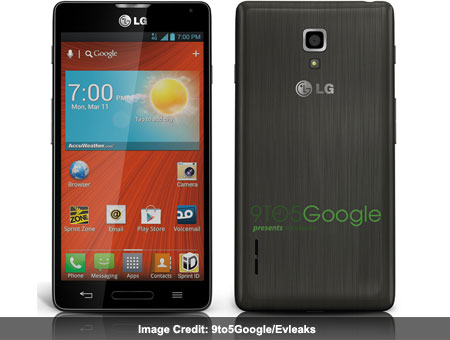 An image of a handset from LG, the Optimus F7, has been leaked, and the phone is apparently headed for the LTE network of Boost Mobile. The device was announced in the build-up to this year’s MWC, as the company attempted to infuse the mid-range segment with a little pizzazz and a bit of 4G connectivity.

Let’s take a quick look at the handset’s specifications. There is a 4.7-inch True HD IPS display with a pixel density of 312 ppi, a good thing to have for any mid-spec device. It will draw on the capabilities of the latest Android platform, Jelly Bean version 4.1.2, giving users a taste of the OS while still keeping the budget in check.

A 1.5GHz dual core processor makes its way into the gadget so that operations and apps are kept honest, but it also gives users the chance to multi-task without much difficulty. The advantages of a speedy CPU cannot be stressed enough, and this should more than make do. There will be 2GB of RAM which is on par with the latest devices including the Samsung Galaxy S4. Internal storage capacity amounts to 8GB, but this can be expanded by as much as 32GB via microSD card. 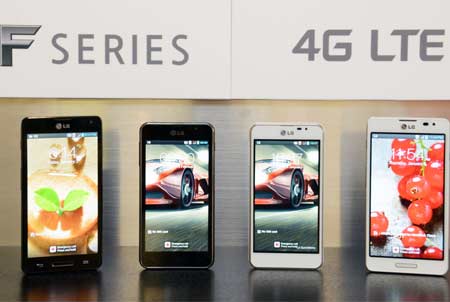 On the back there will be an 8MP camera with auto focus capabilities, while the front gets a 1.3MP webcam for video chat and the like. Live zooming is present and allows user to hone in on a part of a video. Other software features include QuickMemo, QTranslator, Video Wiz and Safety Care. The final piece of the puzzle is a 2,540mAh battery, although usage stats are not known.

Anyway, now 9to5Google has come upon an image of the phone thanks to handy Twitter user Evleaks. The website says the contract-free mobile operator in question will be adding the device to its LTE lineup sometime soon. But exactly when this will happen hasn’t been mentioned. If true, it will be the carrier’s third handset compatible with the ultra-fast network, after the HTC One SV and the ZTE Force.

It seems the LG Optimus F7 is coming to Boost Mobile under the codename FX1. Even though this information comes from a well-establish and pretty credible source, we’ll wait for something official to come our way. But judging by past leaks, we may not have to wait very long.