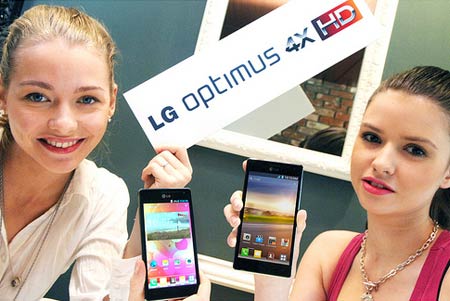 Offering a hint of what lies beneath, the ‘4’ in the LG Optimus 4X HD moniker is meant to denote the quad core processor powering the smartphone. The chip in question is none other than the Nvidia Tegra 3 processor clocked in at 1.5GHz and integrating 4-Plus-1 technology.

And following the trend of generously sized handset displays that demand pants with larger pockets, the LG phone arrives with a 4.7-inch True HD IPS touchscreen rendering visuals in 1,280 x 720p resolutions. It has been served the Ice Cream Sandwich OS and there’s 1GB LP DDR2 memory to support its functioning.

The device has an 8.9mm thin profile and it offers 16GB of onboard storage, while MHL and DLNA compatibility are mentioned among the connectivity options. There appears to be an 8MP snapper with AF LED flash on the rear panel, while the front facing camera is of 1.3MP resolution. Lastly, the handset will draw its juice from a 2,150mAh battery. 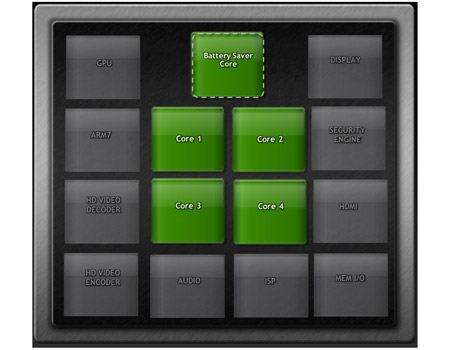 As for the embedded Nvidia CPU, it incorporates a ‘ninja core’ and the technology has officially been dubbed 4-Plus-1 quad core architecture. Basically, four CPU cores are deployed to deal with heavyweight tasks such as gaming or HD video playback, while the fifth one is a low power, battery-saver core which handles simpler jobs like working in standby mode or processing mails.

The LG Optimus 4X HD release date in Europe is expected to fall sometime in the second quarter of this year. Global availability will follow thereafter. There’s nothing on the price details of this smartphone as yet.