LG Nexus 5 hits the rumor mill, has a release date planned for October 2013 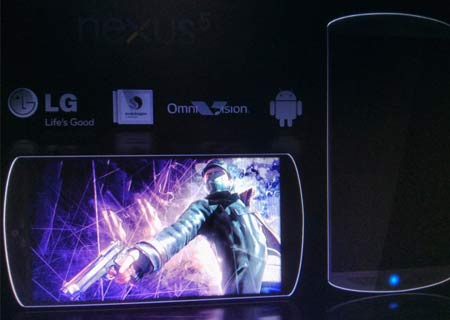 A possible LG Nexus 5 release date has surfaced and the details point to October 2013 as a likely launch window for the Google-branded phone. But before anyone gets their hopes up, we’d likely to convey in advance that the source behind this news states that the Mountain View giant is currently accessing various prototypes from a host of makers.

The device is one such device and it goes by the codename Megalodon. The guys over at Android and Me are reporting based on claims made by an anonymous source who apparently works for Google, that the prototype is real. The smartphone in question was first rumored to arrive through HTC’s stable and not LG. The previous one was speculated to come with specifications that are slightly better than the same found within the current flagship. But the newest leak takes things up a notch with certain hardware components that haven’t been seen in the market as yet.

The current flagship is sourced through the South Korean conglomerate and looking at the success of the handset, we see no reason why Google wouldn’t choose the company for introducing a new smartphone under the Nexus brand. However, we might be looking at multiple handset launches this year which should include a Motorola device dubbed X. The report has also provided a list of possible specifications. The phone will carry a 5.2-inch OLED display that proffers a resolution of 1920 x 1080p. A Qualcomm Snapdragon 800 processor clocked at 2.3GHz will be powering it up with 3GB of LPDDR3 RAM.

The device will come in choices of 16GB, 32GB and 64GB, with all 3 variants running on the Android platform which we’re sure is going to be the next edition. The rear will feature a 16MP OmniVision camera that can do 4K video recording. Other features include a 2.1MP secondary AF snapper, front stereo speakers, a 3300mAh Li-polymer battery and a Qualcomm RF360 modem which packs in LTE 150Mbps as well as HSPA+ on a single chip. Gesture controls and Integrated DVB-T as well as ATSC-antenna have been mentioned too.

If the Nexus 5 is scheduled to be unveiled in October, we wonder what Google has up its sleeve for the upcoming I/O 2013 event in May.