LG India has scheduled an event that will be taking place in Delhi tomorrow and even though we have no information regarding the devices that are likely to be introduced, we are expecting the G Flex to show up. Apart from its home country, the smartphone in question has already traveled to Hong Kong and Singapore and may also make its debut in the US and France very soon.

The LG G Flex is likely to get picked up by carriers like Sprint, T-Mobile and AT&T in the US, while Orange seems to have called dibs on the curvy gadget in France. The last mentioned service provider could also release it in a number of other regions in Europe, it hasn’t been confirmed though. 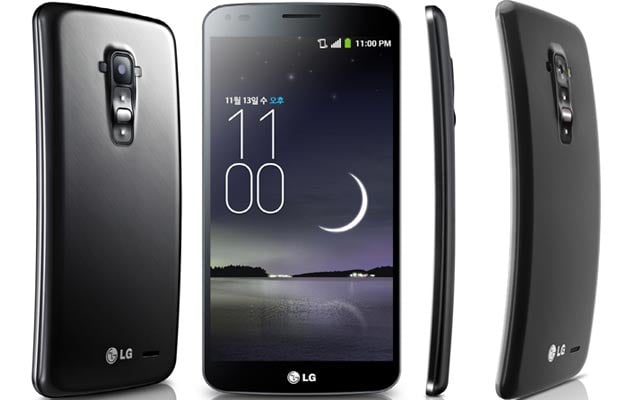 Those interested in the device may want to know more about the phone, so here’s a brief discussion on its features. The device that actually flexes, has self-healing powers and can get rid of scrapes and scratches on its own. It is a rather huge device with a 6-inch POLED touchscreen on the front with the capability of delivering visuals in HD resolution. The LG Chem battery placed within the curvy device is also said to be flexible.

Here’s a list of the key specifications of the G Flex:

Availability and price details of the LG G Flex should be revealed tomorrow at the event to be held in Delhi, India.