LG to launch V30 Plus alongside V30, prices leaked

LG is apparently changing things up for its next major smartphone launch, unveiling not just a standard V30, but a Plus variant as well. The company’s never attempted anything like this before, with the move part of its new strategy of diversifying prices and offering consumers more choices to maximize sales.

Plus, there’s the Galaxy Note 8 factor. LG seems to be determined to offer strong competition to the phone, directly challenging it by releasing the V30 and V30 Plus to the market on September 15, the same day as the Samsung flagship. This will be a few weeks after August 31 when the duo makes its debut in Germany, a day ahead of the IFA 2017 in Berlin. 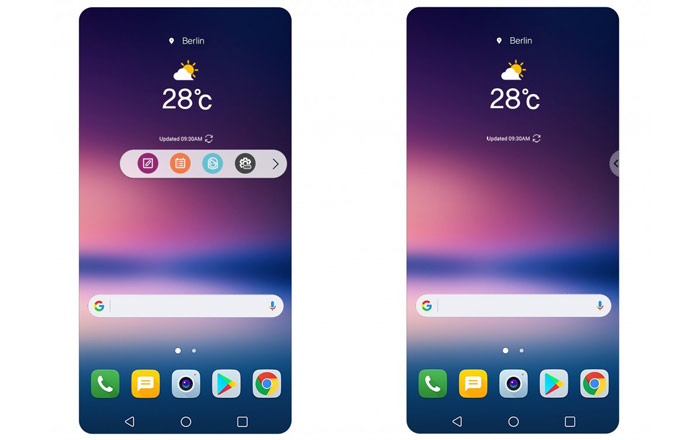 In official news, LG has revealed what exactly the ‘Floating Bar’ is. The semi-transparent shortcut toolbar (see above) allows individuals to quickly access frequently used functions. People can simply drag it off when it’s not in use. It’s not exactly revolutionary, but it’ll have to do for fans of the erstwhile Second Screen.

The Floating Bar will be part of LG’s new UX 6.0+ interface, which also boasts of a more customizable Always-on Display. Security has gotten an upgrade in the form of face and voice recognition, with the former active even when the screen is off and the second utilizing a combination of voice and keywords.