A couple of weeks back, a mystery LG-made Windows Phone device with Verizon branding made its appearance online. Well, we now know that the smartphone will be called the Lancet and it will be an entry-level option.

The last time we seen a Windows Phone handset from the South Korean company was a couple of years back. The LG Lancet is basically its first device on WP8.1 and according to the leaked information, the phone will also be carrying the new Update 2 release.

This would make it one of the few non-Microsoft devices to have the newest software onboard. Windows Central has managed to get its hands on the official e-brochure and spec sheet of the LG smartphone. 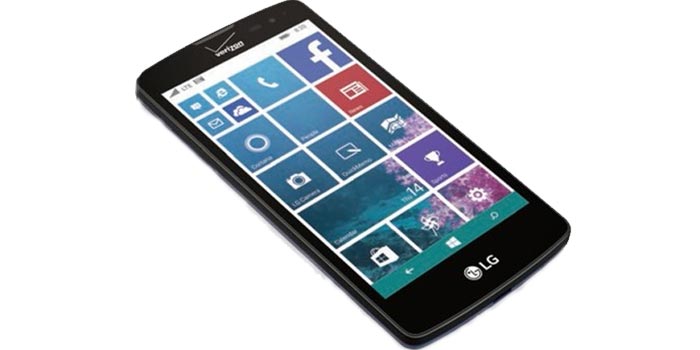 According to the information revealed, the Lancet features an ergonomic design with rounded edges. And unlike the company’s new mid-range series, this phone has the power and volume keys found at the standard location and not on the rear panel. Where hardware is concerned, the LG device packs a 4.5-inch FWVGA TFT LCD for visuals.

An 8MP camera is placed on the rear, while the front snapper has VGA rating. And on the inside, there’s a 1.2GHz quad core Snapdragon 410 processor doing the heavy lifting accompanied by 8GB storage and a 2100mAh battery. The company has also brought over a couple of features such as QuickMemo, Soft Light, Knock On and Gesture Shot from its Android lineup.

There’s no word about pricing or availability on the LG Lancet smartphone as of now.