LG isn’t done as yet with its L Series III lineup as the company has now put the L65 smartphone up for grabs in Russia. The handset is already available with dual SIM support and Android 4.4 KitKat out of the box, while a single SIM version of the phone has been leaked. There are also rumors that the device could be making its global launch soon.

The LG L65 falls between the L70 and L40 where specs are concerned. The device is considered as an entry-level option and it offers a 4.3-inch display with WVGA resolution. Along with the latest version of Android, the phone come with various LG-exclusive content such as Knock Code, KnockOn , Quick Memo, QSlider and more. 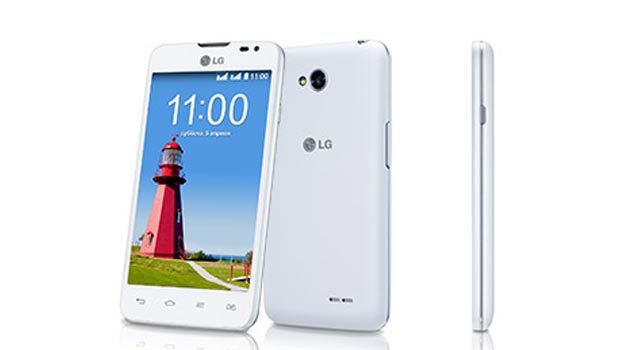 Design-wise, the LG L65 perfectly fits in with the other members of the L Series III. The device has 4 capacitive touch buttons below the display, while the single SIM model (pictured below) will have only 2 and a physical home key. The smartphone is powered by a dual core 1.2GHz Snapdragon 200 SOC and it features HSPA+ connectivity.

Here are the key specs of the L65:

The LG L65 costs 7,490 rubles in Russia which amounts to around US$211. There’s no concrete information on when the device will go official globally, but it isn’t likely to be a long wait. You can check out the product page here (in Russian)