The LG L Bello is mainly designed for developing markets that rely on 3G connectivity, so it comes as no surprise to see the device being headed to India. The phone’s arrival has been officially confirmed as it’s now listed on the company’s country-specific website and the OEM has been kind enough to provide us with a price.

A launch date however, is still unknown. But we might see the device go official any day now or in the coming weeks. The LG L Bello resides in the lower mid-range category and is being touted as an affordable option. Well, the company may have to rethink its pricing as Rs 18500 is too much of an asking. 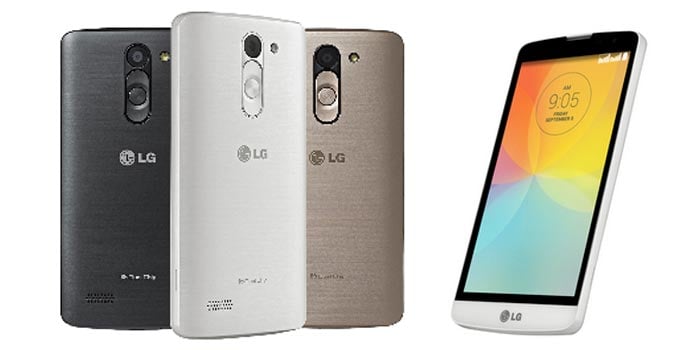 You’d easily get a mid-range handset with an HD screen for much lower and if you put in a couple of grand more, the flagship Huawei Honor 6 with a 1080p screen, top-tier processor and 3GB RAM could be yours for the taking.

The LG handset is amongst the most attractive in the L Series III as it offers a design akin to that of the G3 flagship. Well, that certainly isn’t enough to justify the steep price tag. The phone is a dual SIM one and it’s powered by a 1.3GHz quad core processor with Android 4.4 KitKat running the show.

With companies like Xiaomi, Huawei and many local OEMs offering high performance devices at very low costs, we don’t quite see how the L Bello and similar devices could survive in such a market. Clearly, LG needs to rethink its pricing if it wants to stand a chance against the competition.