LG Knock to be a standard feature, L Series II smartphones to get it via an update

LG has rechristened its KnockOn feature as Knock and has decided to pre-load it on all the upcoming phones by the South Korean company. And that’s not all, a global Maintenance Release upgrade is slated to bring the function to all L Series II smartphones. This update will start rolling out in January.

The LG G2 was the first device to make the most of Knock which later was deployed into gadgets like the G Pad 8.3 and G Flex. This feature actually turns the entire touchscreen into a power button as users only need to tap on the display twice to put the phone on or off. This comes in pretty handy on the two aforementioned smartphones that feature rear-facing power keys. 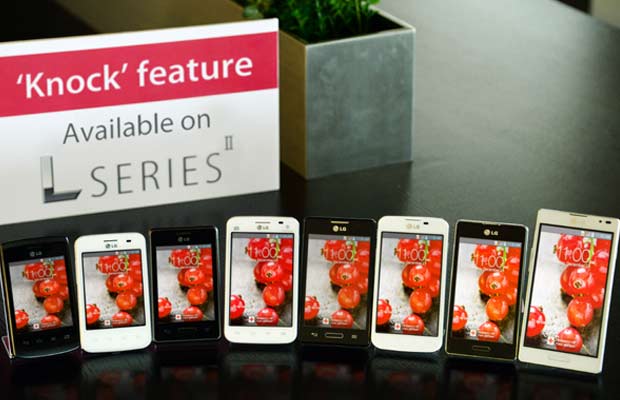 The reason why the OEM has decided to make it available for additional devices is the positive feedback that Knock has received from current users. This proprietary feature is a part of the LG UX. While it was specifically designed for phones which have power buttons on the rear panel, the function will now be loaded on all LG phones and tablets.

Key specifications of the L9 II: