LG had introduced its KizON wrist band back in July, but since then it has been selling only in the company’s home territory, South Korea. However, it has now been announced that the device will be making its way into Europe, starting with Poland where it will be introduced this week.

The company has announced that the product has passed all the required regulation tests needed for release in Europe. These matter especially due to the fact that the KizON has been aimed at children. According to LG, the wearable was subjected to a number of rigorous processes to make sure precautions like avoidance of hazardous chemicals and toxic components were taken. 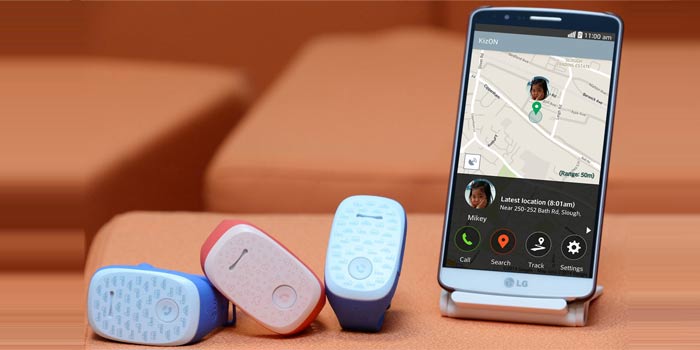 As had been revealed earlier, this wearable helps parents keep track of their kids using nothing but their smartphones. Meant for pre-school and primary school children, it provides real-time information of a toddler’s whereabouts at preset intervals. It comes with a 400mAh battery, and since there’s no display on it, the device can go on for 36 hours on a single stretch. Moreover, when the juice is about to drop below 20 percent, the parent is immediately notified about it.

Perhaps the main feature of the KizON is the One Step Direct Call button which enables children to easily establish a call with their parents, thanks to its 2G GSM connectivity. LG will be offering the gadget in two color options, namely pink and blue, while it will also be providing various accessories with it, featuring popular cartoon characters.

The LG KizON may be ready for a European debut now, but its maker has announced that its pricing details will be announced locally upon the time of release.