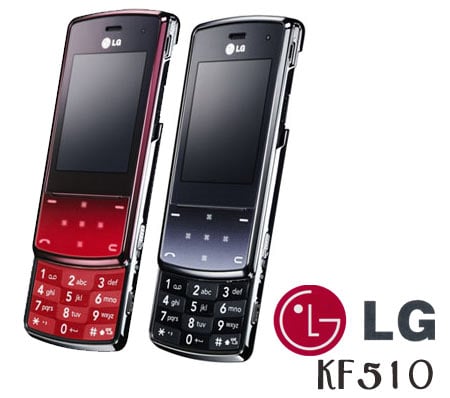 GSMA Mobile World Congress 2008 is about to begin at Barcelona, Spain and all mobile phone companies are gearing up for the same. LG too isn’t behind in the race.

The Korean mobile phone manufacturer has announced to showcase its new KF510 at the event.

Apparently, the new KF510 is a fashion oriented slider-styled phone. The handset is as slim as 10.9 mm and is developed by LG’s advanced touch technology.

Besides, the KF510 features a 3 megapixel camera and an MP3 player. The phone will be available in two gradation paint schemes namely, Stardust Dark Gray or Sunset Red.

The new KF510 will be shipped worldwide in March 2008. For tech enthusiasts the phone will also be available for display at GSMA Mobile World Congress 2008 in Barcelona.