LG has just gotten started with QHD, 6-inch panel with 491ppi panel to be shown soon

We’ve got more LG news coming in, and this time around it’s the company’s famed Display department that is hogging the limelight instead of the newly unveiled G3. At the SID 2014 expo in San Francisco, the company that will be showcasing a 6-inch display for phablets which will grab a 2K QHD resolution of 1440 x 2560 pixels.

The same resolution has also been grabbed by the LG G3’s panel, but it is sized at 5.5 inches. When the size is increased to 6 inches, the pixel density will naturally come down to 491ppi (G3’s pixel density is 538ppi). However, that value is still way better than what 1080p panels of sizes as low as 4.5-inch are offering. 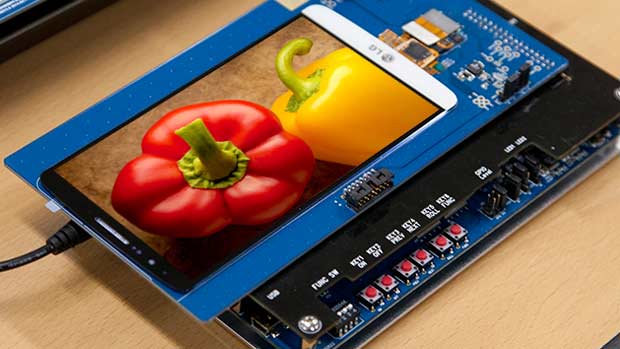 Phone Arena tells us that during a recent interview, the head of LG Display managed disclosed this bit of information. He has also said that 600ppi as well as 700ppi smartphone panels are well within LG’s reach. Does this mean that the company’s 2015 flagship could bear such a display? We’ll have to wait and watch.

LG’s current flagship, the G3 packs a 2K panel showcasing its visuals in a 1440 x 2560 pixel resolution. The Oppo Find 7 as well as the Vivo Xplay 3S had beaten the company to it however. This race is set to continue, even as Samsung is reportedly ready with its new 2K display-equipped Galaxy S5 Prime.

The LG Display division has been continuously taking huge strides since the past few years in terms of development of new technology. And hence, the above mentioned 600ppi and 700ppi panels are not something we can write off easily.