Earlier today we reported that LG has gained certification for its WQHD IPS display which is to be implemented in the G3 flagship and it turns out that the Isai FL which is a variant for the Japanese market, has earned the pleasure of being the company’s first phone with a 2K screen. The device has been officially unveiled by KDDI and it closely resembles the design of the upcoming flagship.

The LG Isai FL has been leaked multiple times already. And apart from showing us what the LG G3 will look like, it also provides a peek at its specs since both phones will be identical in features. As expected, the device comes with a 5.5-inch AH-IPS LCD panel that offers WQHD visuals. The phone runs on Android 4.4 KitKat and is powered by a 2.5GHz quad core Snapdragon CPU. 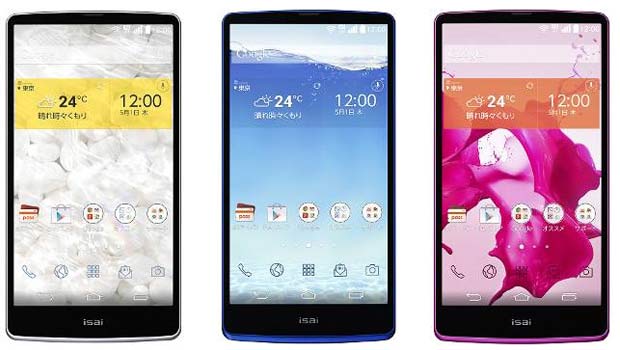 The company hasn’t disclosed whether the 805 SOC has been implemented and that’s probably because it’s a bit early to reveal that information. Accompanying the CPU is 2GB of RAM and a 3000mAh battery. A previous leak on the LG G3 suggested that the phone would have 3GB of RAM and a 3200mAh battery, so there is a chance that the Japanese version could be slightly different from the international model. There are various software enhancements onboard as well, including a dual-window feature which is most likely QSlide 2.0, au Smart Pass, Knock On and Knock Code amongst others.

LG and KDDI are still keeping mum about the price and availability of the Isai FL. What’s more, the phone is waterproof, but no specific details have been provided. 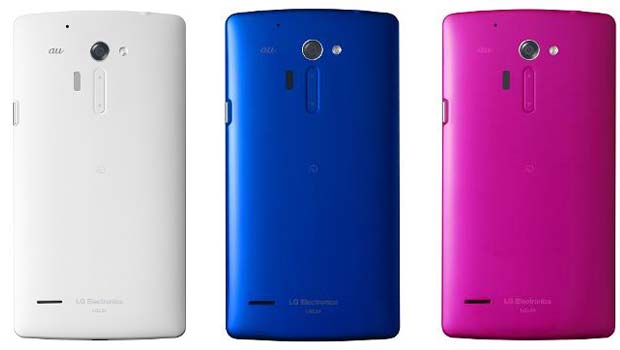 Here’s a roundup of the specifications: