LG is giving Windows Phone another try, this one is headed to Verizon

There have been rumors from quite some time now stating that LG is working on a new Windows Phone handset for Verizon in the US. Well, it looks like those reports were true as an image said to be of the device in question has been leaked online.

A lot of OEMs are getting onboard the Windows Phone bandwagon once again after losing interest post Microsoft’s acquisition of Nokia’s devices business. And it’s quite surprising to see LG give the OS another shot since it really hasn’t bothered to launch anything is the ecosystem from a few years now. What’s disappointing is that you will not be seeing the G3 or G Flex handsets get the Windows overhaul. 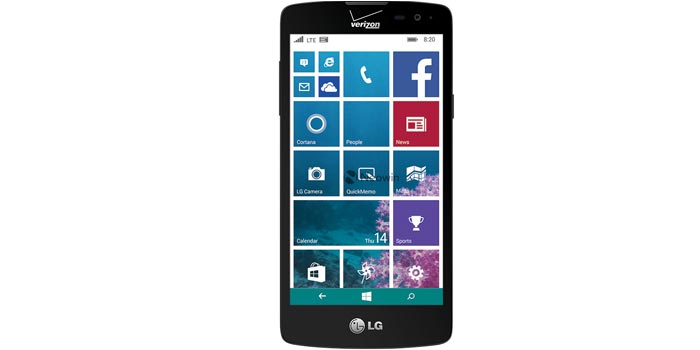 The press render you see above comes via Neowin and it shows an LG device that’s not part of the flagship series. We could be looking at a modified version of one of the new mid-range handsets, namely the Magna, Spirit, Joy and Leon. Then again, the company may have just designed a fresh phone altogether.

This is highly possible considering that the volume and power buttons are visible on the sides, while the aforementioned smartphones have all keys located on the rear. Where hardware is concerned, we’re clueless for now. But the report does note that the display could be sized between 4.5 to 5 inches. Also, we wouldn’t expect anything more than a mid-range release.

Apart from LG, HTC is also working with Microsoft on new Windows-based hardware. And even Xiaomi is giving the OS a try by letting the Redmond giant release a Windows 10 ROM for the Mi 4 smartphone.

What’s also evident from the leaked image is that the Verizon-bound LG smartphone is powered by Windows 8.1 and not the upcoming OS. So there’s a good chance that it will be officially launched pretty soon.