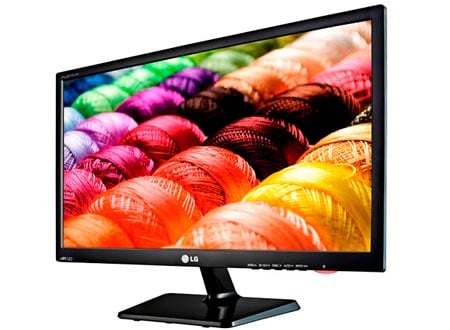 It certainly looks like the LG IPS4 series will stop everyone from relating IPS (In-Plane Switching) to budget-denting monitors. As far as the technology is concerned, such devices haven’t exactly taken off exceptionally well in the mainstream market, mainly due to the high cost of decent quality IPS panels.

The main advantage that IPS screens have over traditional TN (Twisted Nematic) displays is the wider viewing angle they deliver. Basically, the picture quality shouldn’t suffer whether users happens to be sitting, standing or lying down in front of an IPS monitor or TV. That’s because this type of screen offers a viewing angle of up to 178 degrees.

“Despite strong sales and dominating the professional market, IPS monitors were less popular with the majority of consumers due to the cost of high-quality IPS panels,” explained J.J. Lee, Executive Vice President and Head of IT Business Unit of LG. “With the launch of the affordable IPS4 series, LG is taking a huge step in making IPS monitors ubiquitous in every room.”

So when companies like LG decide to offer relatively less expensive IPS monitors, we could just be looking at a significant increase in consumer adoption of IPS in the near future. In terms of the LG IPS4 lineup, one of its highlights will be a Dual Smart Solution which calls for a one-click setup, enabling users to run dual monitors. A cable management design and energy efficiency apparently feature heavily on the specs list too.

The LG IPS4 series price details haven’t been given a mention. Nor has the company clearly specified the model numbers that will be making it through the production lines first. All we know is that the monitors will initially be let out in Asia this May. Their availability in North America and Europe should follow in the weeks after that.