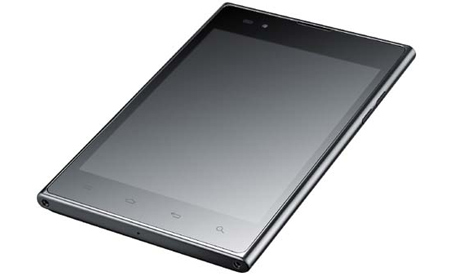 Word’s out that the familiar-looking LG Intuition Verizon release date will fall on September 15. Going by the rumors we’ve been reading so far, it’s the very same Optimus Vu that was set for a global launch. Well, Verizon does love to have its offerings rebranded.

The LG device first peeked out at the MWC in February of this year and it’s already been spotted hopping into Korea as well as Japan. Appearing to be more of a tablet than a phone, the Intuition sports a 1024 x 768 IPS display measuring 5 inches and showing off an aspect ratio of 4:3. It’s capable of working on LTE networks and uses a 1.5GHz dual-core processor.

Hopefully, the Android phone will land with Ice Cream Sandwich, instead of Gingerbread. Some of its other key features cover an 8MP AF camera with LED flash, a 1.3MP front snapper, 32GB onboard storage and 1GB RAM. Also packed within its 139.9mm x 90.4mm x 8.5mm chassis is a 2080mAh battery, HDMI as well as DLNA connectivity. 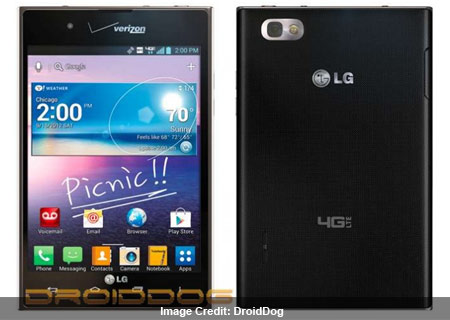 We’ve no clear information as to whether there will be any changes to the specs listed above when the handset reaches Verizon’s haloed retail channels. Also, the Rubberdium pen stylus seems to have bounced out of view. The launch date that’s being talked about is merely a guess fueled by the leaked picture which throws up September 15, 2012, on its interface.

According to an older post on DroidDog that indicates the LG Intuition Verizon price courtesy of Droid Life, the smartphone will be up for grabs at $199.99 on a two-year customer agreement. The off-contract rate is apparently tagged at $549.99.