And the onslaught of LG G3 versions continues as the South Korean brand has launched the Gx2 smartphone in its home country. The new handset is a larger version of the flagship phone, but offers mid-range hardware fitted within the same gorgeous body.

The LG Gx2 which is not to be mistaken for the aged G2x, is nothing but the G Vista smartphone which is official for Verizon in the US. It is designed for the Korean market and other Asian countries. And if previous leaks are to be believed, there’s another model, the G3 Vista, which should go official as a global release. 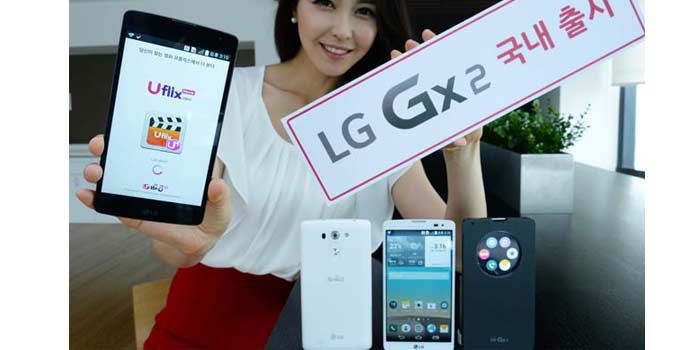 LG is clearly tailing Samsung with its latest launches. The Gx2 is a 5.7-inch handset and it’s just slightly taller than the flagship. The display used here is a 720p HD IPS LCD and it’s accompanied by a 1.3MP snapper on the front. The rear flaunts the same volume rockers, but an 8MP camera with the laser AF system.

Android 4.4 KitKat is preloaded and you’ll also be treated to a plethora of LG-exclusive content. They include the same UI seen on the G3, Q Plus Notes, Knock Code, Smart Keyboard and more. Additionally, the phone will be accompanied by a Quick Circle case and it comes with LTE-A connectivity.

Here’s a roundup of the LG Gx2’s specfications:

Price and availability details for the LG Gx2 haven’t been revealed as yet. Also, don’t expect to see the phone go on sale outside Asia.