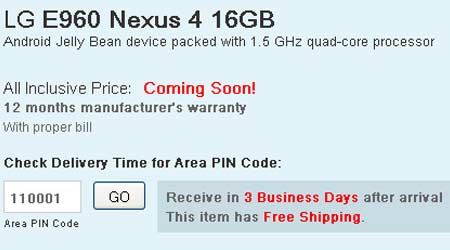 The LG Google Nexus 4 release date in India has been revealed by an online retailer, and hopefully this will turn out to be the official one. The South Korean conglomerate and the search engine giant haven’t made an announcement as yet regarding the device’s availability in the country.

But this is not the first time when the phone has come under the spotlight in this region. Earlier in November, eBay had put it up for sale and it continues to be listed through this e-retailer. The smartphone that marks the debut of the latest Android Jelly Bean OS made its debut in October and is up for grabs in countries like the US and the UK. The device has also been sold out in many regions. 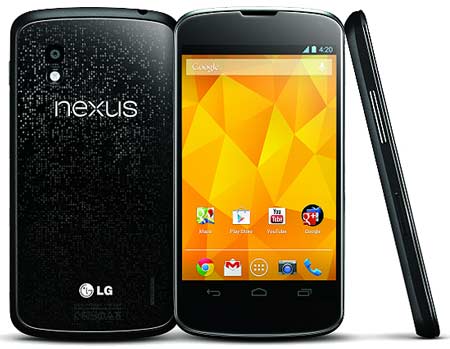 For refresher’s sake, the fourth generation Nexus gadget wears a 4.7-inch WXGA IPS touchscreen that claims to render visuals in 1280 x 768p resolution with a pixel density of 320ppi. Besides a scrapes- and scratch-resistant Corning Gorilla Glass 2 coating, this device is deployed with Zerogap Touch technology and can project clear visuals even in brightly lit conditions. The screen is accompanied by a 1.3MP webcam that can easily be utilized for video calling.

The Nexus 4 has 16GB of onboard memory integrated into a chassis with dimensions of 133.9 x 68.7 x 9.1 millimeters. This lightweight smartphone’s back panel is dominated by an 8MP primary camera that has been loaded with attributes like the ability to record videos, auto focus and LED flash amongst others. Moreover, it tags along 2GB of RAM and an Adreno 320 GPU for enhanced graphics. 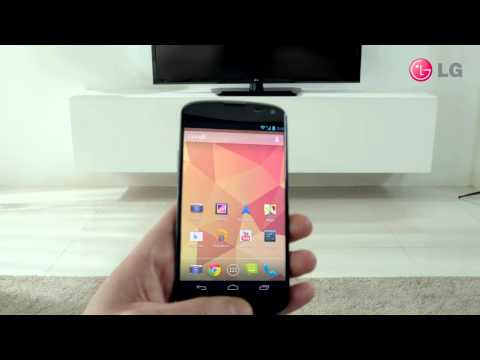 As for the processor, the handset is embedded with the Qualcomm Snapdragon S4 chip which comes along with the 1.5GHz quad core Krait CPUs. The Google device employs a 2100mAh lithium-polymer battery and has built-in Wi-Fi, Bluetooth and GPS for wireless internet, data transfer and accurate turn-by-turn navigation, respectively.

The LG Google Nexus 4 smartphone should be available in India on January 15 at Saholic.com. 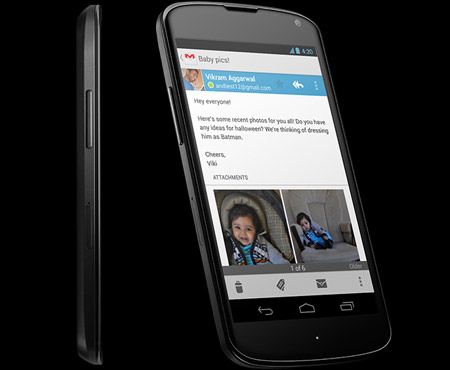