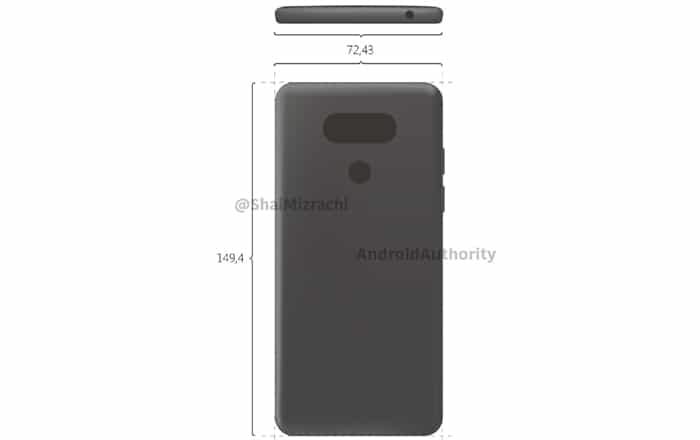 Rumors about the LG G6 so far have hinted that the phone may ditch the G5’s modular skills for a more conventional non-customizable design. However, a new leaked image indicates that the upcoming handset will stick to its predecessor’s overall look.

The LG G5’s appearance got mixed reviews upon its announcement last year, so this news may or may not be welcomed by consumers. The freshly leaked render of the LG G6 comes courtesy Shai Mizrachi. It features the same dual cameras and fingerprint scanner placement. The only difference appears to be a slimmer 72.43mm profile, a minor reduction from the former’s 73.9mm thickness.

Android Authority predicts the G6 will sport specs like a 5.2-inch or 5.5-inch QHD screen, Snapdragon 821 or 830 processor, and 4GB or 6GB of RAM. Previous speculation has held that the flagship handset will not come with a removable battery, a key highlight of the G5. It could also be equipped with support for wireless charging and LG Pay.

ETNews recently reported that LG was planning on pushing forward the G6’s release by an entire month. This could translate to the smartphone being available by the end of February or beginning of March, unlike the G5 which hit shops on 31 March.

LG is apparently fast-tracking the upcoming device’s release to increase the phone’s sales volumes since it’ll be up for sale earlier than the brand’s competitors. Interestingly, this probably means the handset will hit shelves earlier than rival Samsung’s Galaxy S8.