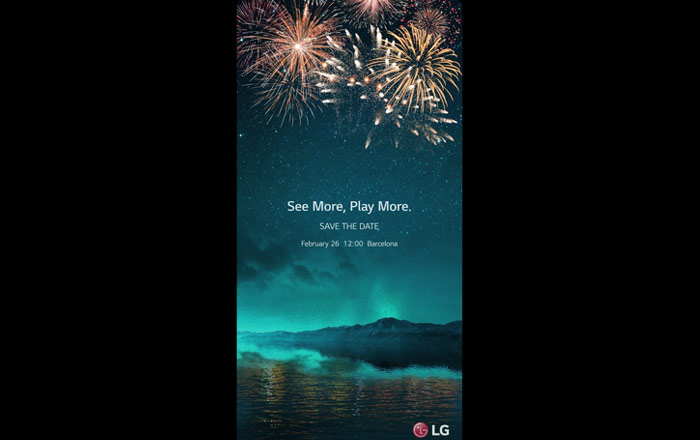 The LG G6 may have finally gotten an official launch date thanks to the company sending out media invites for an event on February 26 in Barcelona, just a day before the MWC 2017 is set to begin. The brand hasn’t revealed what exactly its planning to reveal on the day.

Going by LG’s previous MWC patterns and recent teasers, it’s very likely going to bring the G6 to light. The invite itself is shaped in the form of a handset and features the words ‘See More, Play More.’ The first half could be a hint that the phone will feature a larger bezel-less screen and the latter that it might possess a big battery to support the mammoth display.

The Play More tagline was also notably used to promote the LG G5. The manufacturer’s next flagship phone is widely expected to ditch its previous variant’s modular abilities. Other potential changes include an all-new metal and glass body that will be waterproof and a 5.7-inch Quad HD+ (1440 x 2880p) panel.

LG recently showcased this display, revealing that it has an 18:9 aspect ratio. This probably means that the device will have more screen real estate than other phones and minimal borders. The brand also claimed that the component is 10% more visible and consumes 30% less battery life than its predecessors.

The LG G6 is probably going to buck the current flagship smartphone trend of getting rid of the 3.5mm headphone jack. It may further support wireless charging and LG Pay.