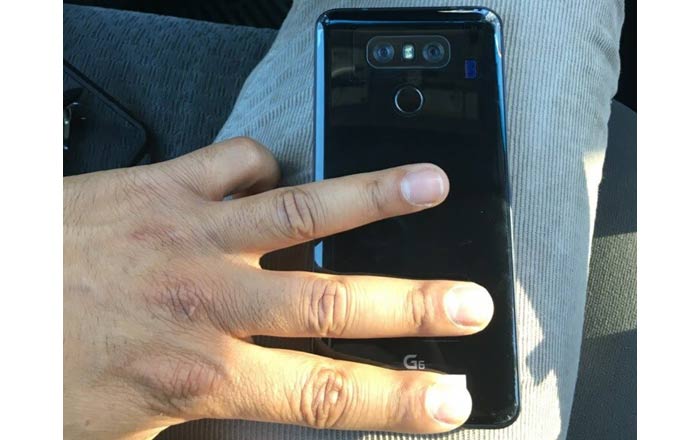 The LG G6 has gotten leaked yet again, this time in the form of another hands-on image showcasing its back. Unlike the previous photo of the phone’s assumed prototype, the new snapshot is apparently of a near-final version of the smartphone.

The LG G6 pictured appears to have a plastic covering on its rear surface. Even without it, the device looks like it’ll be a shiny affair, with its glossy finish closely resembling the iPhone 7’s Jet Black color. The two also have a dual camera setup in common.

Business Insider reports that the G6’s twin lenses might be able to achieve the same bokeh effect as the iPhone 7 Plus’ portrait mode. Such a feature is very commonplace among Android handsets, bringing the subject of an image to focus while blurring out the background.

The photography module clearly takes inspiration from the LG G5 and V20, with the two snappers placed horizontally next to each other and a dual-LED flash unit sitting between them. A fingerprint scanner has been placed beneath the setup.

LG went down a similar route with the G5 last year, outing a cheaper G5 SE. The other monikers are a bit of a mystery right now. All will likely be revealed come February 26 when the G6 goes official.