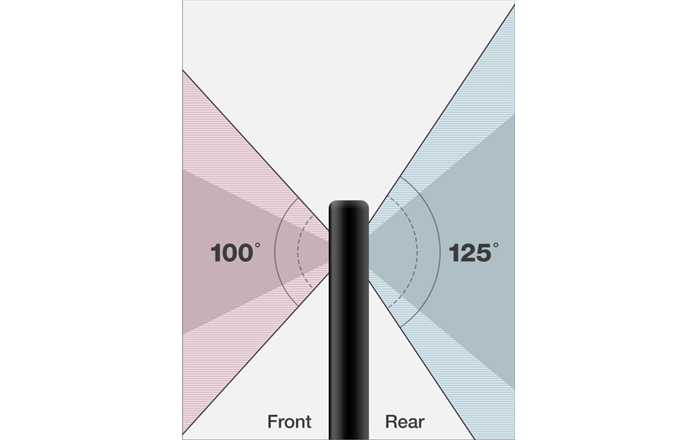 LG has come out with yet another detailed teaser ahead of the G6’s MWC 2017 launch on February 26. This time round, the company has provided a look into the phone’s photography prowess.

The LG G6 has a dual-camera arrangement on its back, as has been predicted in numerous leaks in the past. One is a regular 13MP lens, while the other is a 125-degree wide angle lens. Both will work together to output higher quality shots in 18:9 or 1:1 modes. The former occupies the whole display and the latter is a square shape ideal for Instagram.

LG plans to take advantage of the handset’s massive 5.7-inch panel by allowing people to immediately review photos the moment they’re clicked by placing them to one side. It had previously talked about how its new UX 6.0 has a new Food Mode which promises high quality color and saturation level for eatables and a GIF tool to combine anywhere between 2 to 100 images.

The wide angle lens’ 125-degree field of view is apparently similar to a human being’s, so it might be able to incorporate everything your eyes can see into a photo. LG hasn’t revealed what exactly the dual shooters can do together, but it’ll probably involve some kind of true zoom or bokeh effects.

As for the front-facing camera, the G6 is getting its hands on a 100-degree wide-angle lens. Strangely enough, the brand has chosen not to reveal the megapixel count of the unit nor any of its other attributes.