Just a few days after the first rumored image of the LG G6 came out, a whole bunch of 3D renders of the smartphone have emerged to offer a better glimpse at what to expect next year. The company is reportedly planning to drop its modular approach with its next flagship phone.

The @OnLeaks-sourced 3D renders support this assumption. The LG G6 appears to be going for a standard candybar look with a flat 5.3-inch QHD screen, a change from the G5 which went for a more curved approach. It apparently measures 148.8 x 72.3 x 8.3mm in terms of dimensions.

As per Gear India, the back of the LG handset may not be removable and features a pair of dual cameras. The lenses look as though they have different focal lengths and are accompanied by dual-tone LED flash. There’s also a fingerprint scanner located below the shooters which supposedly does double duty as a power button.

The report further claims that the G6 will be sold in a glossy or matte finish. Previous speculation had held that the phone’s rear panel will be made out of a highly reflective metallic material and support wireless charging. The latter skill may allow the device to charge to 50% within 30 minutes. 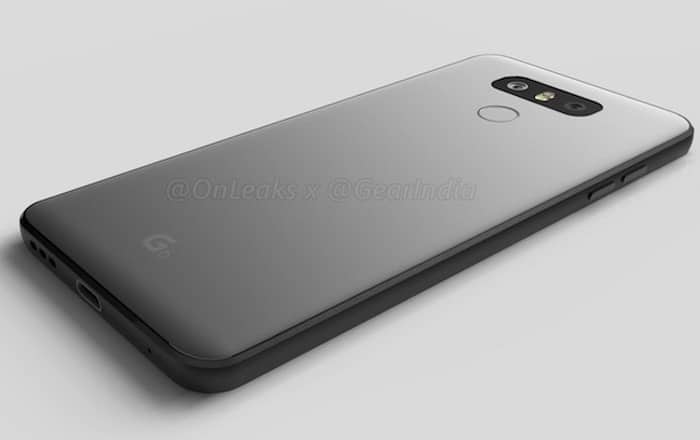 LG is also likely to buck the 2016 trend of yanking out the 3.5mm headphone jack by retaining the port on its flagship phone. Other possible specs include a top-of-the-line Qualcomm Snapdragon 835 processor and USB Type-C support.

The LG G6 is expected to make its debut in February at the MWC 2017. Rumor has it that the brand is going to push the phone’s release ahead to the end of February or early March in order to get ahead of competitors like Samsung. 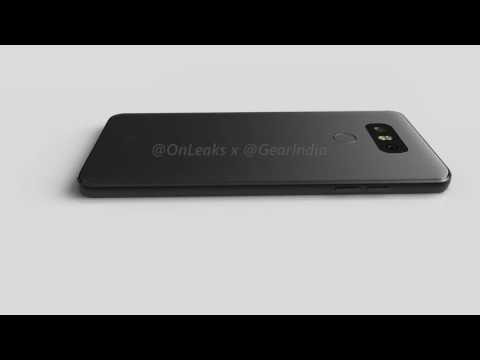