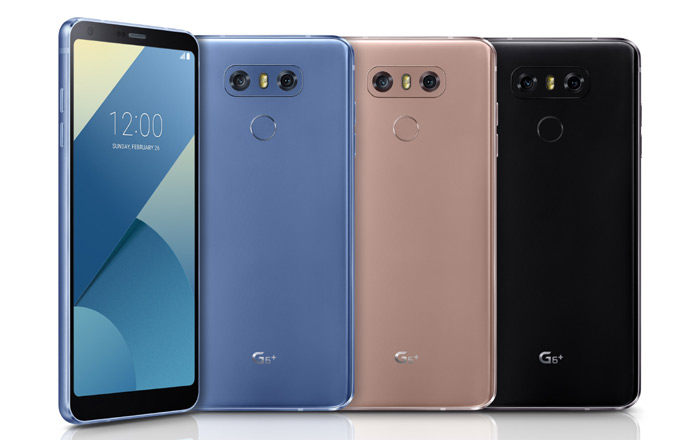 LG’s launched an all-new variant of its flagship G6, simply calling the new model the G6+ and making some major changes inside and out. It’s also announced a big software upgrade for users of the original.

The LG G6+ boasts of double the storage at 128GB. It’s also gotten its hands on wireless charging, a feature which was only available in the US so far. Even 32-bit Hi-Fi Quad DAC will be expanded to more units, beyond the Asian ones that got it with the LG G6. The company’s additionally bundling in a pair of premium B&O Play earphones.

On the more visual side of things, the G6+ has been outfitted in new Optical Astro Black, Optical Terra Gold, and Optical Marine Blue shades. The shiny backs have been made possible by a lenticular film which helps create an optical effect to change the color based on light.

LG doesn’t appear to have modified anything else about the G6 to make the G6+. The former will also be sold in the new Optical Marine Blue and Optical Terra Gold options in a fresh 32GB variant. As for its software update, all units of the device will be getting Face Print, Low Power Consumption, and Covered Lens warning features.

Face Print sounds like your run-of-the-mill facial recognition technology, allowing users to unlock the smartphone by holding it up to their face. Low Power Consumption uses the LG phone’s Qualcomm chip to collect data from wireless connections and sensors. This is supposed to improve the user experience with third party apps, cutting down on latency and using very little battery power.

Finally, Covered Lens warning serves as an alert system for those times when a person’s finger pops up while taking a photo. The G6’s wide angle lens covers a very large field of view so the mistake can happen quite easily.

Specifications of the LG G6+:

LG hasn’t announced price or availability details for the G6+ yet. Neither has it revealed when the software upgrade will be rolled out. We’ll keep you informed when it does.