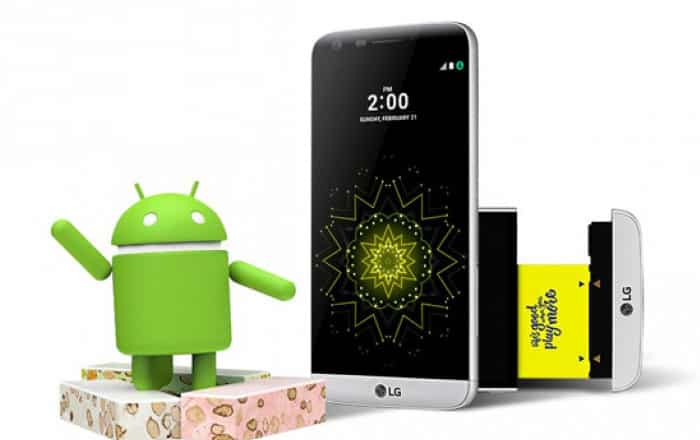 LG has officially begun rolling out Android 7.0 Nougat for the G5, a couple of months after the software made its debut. The send-up is currently only being beamed out to owners in the brand’s native South Korea.

LG G5 users in the Americas, Asia and other markets are set to get a taste of Nougat in the weeks to come. The company is notably among the first crop of manufacturers to get started on rolling out Google’s latest OS alongside brands like Motorola which kickstarted its update process last month with the Moto G4 and Moto G4 Plus.

The Android 7.0 promotion for the G5 makes it the second LG handset to run Nougat. The earliest one was the V20, which notably made a name for itself as the first smartphone to run the OS straight out of the gate, preceding even Google’s Pixel series of phones.

LG hasn’t chosen to elaborate on what LG-specific changes G5 owners should expect with the upgrade. Nougat itself brings with it a host of improvements both big and small. Useful new tools include an enhanced power saver option called Doze on the Go which is capable of detecting when the device is being moved around in a bag or pocket and automatically starts saving on fuel.

Here’s a quick recap of the LG G5’s specifications:

We’ll let you know as and when the Nougat update for the LG G5 hits countries outside South Korea.