Ninety percent of the details about the LG G4 were known before its official launch, but we now have a full lowdown on all the features this new Android smartphone comes loaded with. The South Korean giant has equipped the device with a whole range of attractive offerings to help it compete with the likes of the Samsung Galaxy S6, the HTC One M9 and the Apple iPhone 6.

Firstly, it comes in the form of a genuine leather option that the company has been teasing for quite a while. Plastic rear shells will of course be available as well, but what’s interesting is that the LG G4 has a removable battery onboard, aside from a microSD card slot. This is where it distinguishes itself from Samsung’s flagship range of this year.

However, the fact that there’s still no metal on its exterior might put some people off. The new smartphone offers a curved body with a 3000mm radius. Although this is nothing compared to what the G Flex 2 possesses, the curve apparently translates into better handling and a 20 percent increase in rigidity. 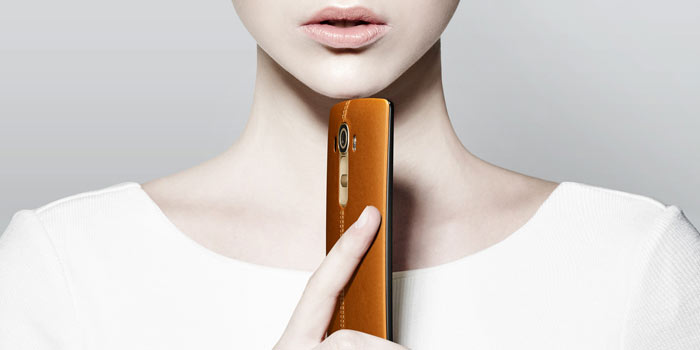 Coming to the phone’s display, it’s a 5.5-inch Quantum LCD panel with QHD resolution. LG claims this screen to be capable of 20 percent wider color reproduction, 25 percent improvement in brightness and 50 percent higher contrast than the G3.

Here’s a neat look at the specs of the LG G4: 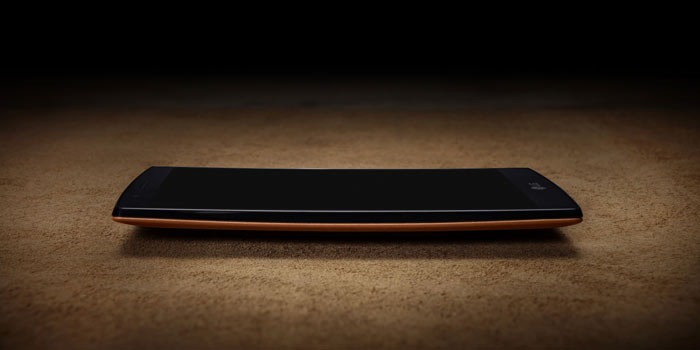 And then there’s the highly advanced camera which the G4 boasts of. It holds a 16MP sensor and an f/1.8 aperture, apart from optical image stabilization. This snapper is able to provide a manual mode as well as a RAW mode. An 8MP front-facing snapper has also been granted to the phone. 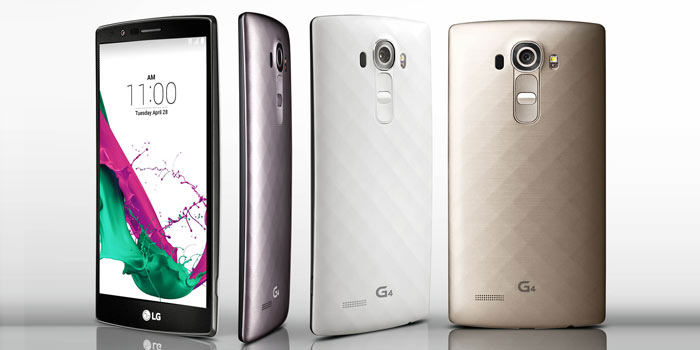 As for the internals, the brand new Snapdragon 808 chipset has been chosen by LG. This silicon offers a hexa core processor which is granted assistance by 3GB worth of RAM and an Adreno 418 GPU.

The LG G4 will be released in Korea today, but details about its arrival in other territories are not out yet. All major carriers in the US have announced that they’ll be offering the handset on their networks. 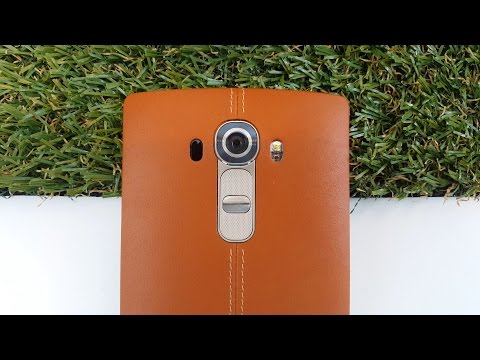