AT&T had disclosed a week ago that it would be offering the LG G3 Vigor in the US and it has now spilled the price and availability details for the smartphone. The device is scheduled to go on sale starting from September 26 and it will be available online and through retail stores.

The LG G3 Vigor is the rebranded version of the G3 Beat and G3 S for the US market. The phone is no different from its siblings and it is being touted as the mini version of the company’s flagship handset. The device is no compact phone through, thanks to its 5-inch design. 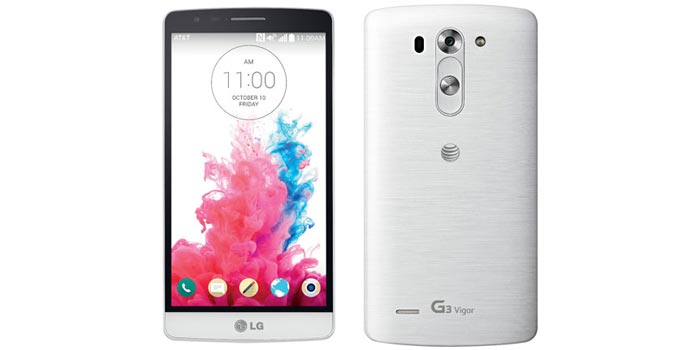 The IPS monitor on the front offers 720p HD visuals and is wrapped in the same design as its larger sibling with slim bezels and rear-facing buttons. The main camera here is an 8MP sensor with the laser AF system and there’s a 1.2GHz quad core processor delivering the steam.

On the software side of things, the G3 Vigor has been infused with Android 4.4 KitKat and it tags along various software enhancements from LG. They include the Smart Keyboard, QuickMemo+ and Knock code amongst others. The phone is also 4G LTE enabled and supports HD voice on AT&T.