LG G3 Beat gets a new name in the US, comes to AT&T and Sprint as G3 Vigor

Get ready to meet another variant of the LG flagship dubbed the G3 Vigor, which is officially headed to carriers Sprint and AT&T in the US. The smartphone is a mid-range release and has been highly anticipated since it name was trademarked by the OEM back in July.

Now, the LG G3 Vigor isn’t exactly a new smartphone. In fact, it’s merely the G3 mini for the US market and is known as the G3 Beat and G3 S in multiple locations around the globe. We really don’t know the purpose behind having multiple monikers for the same device in different locations, but one thing’s for sure is that the hardware is identical on all variants. 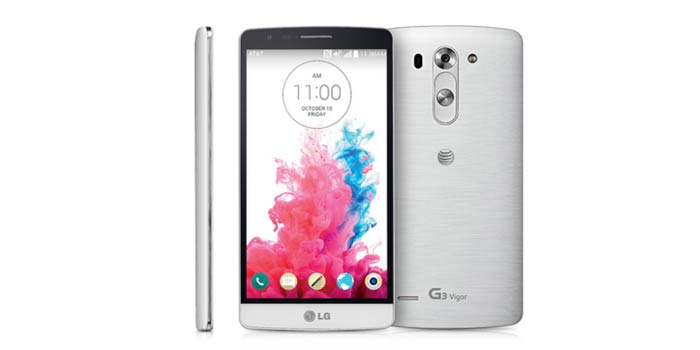 The phone kicks in a 5-inch 720p HD display and is dressed in the same design found on the flagship. It also sports the laser AF system with an 8MP camera on the rear.

A 1.2GHz quad core Snapdragon 400 CPU has been thrown in along with 2GB RAM and 16GB of storage. 4G LTE connectivity is also onboard and AT&T has disclosed that the smartphone will support HD Voice on its network, while Sprint notes that it will offer Wi-Fi calling.