LG G3 Stylus will compete with the Note 4 alright, but not in terms of specs

We’re unsure whether knowingly or unknowingly, but LG infused a recent video on its YouTube channel with a render of an unannounced LG G3 Stylus. With the world having taken notice of this now, leaks are bound to follow, and they have indeed arrived in droves.

What they seem to be asserting is that this stylus-touting phablet will be a mid-range device, contrary to popular belief that it will be going head to head with the Samsung Galaxy Note 4 with high-end specifications onboard. This means LG will be positioning the G3 Stylus as a low-priced alternative to its rival company’s huge smartphone that’s supposed to be unveiled on September 3 by the way. 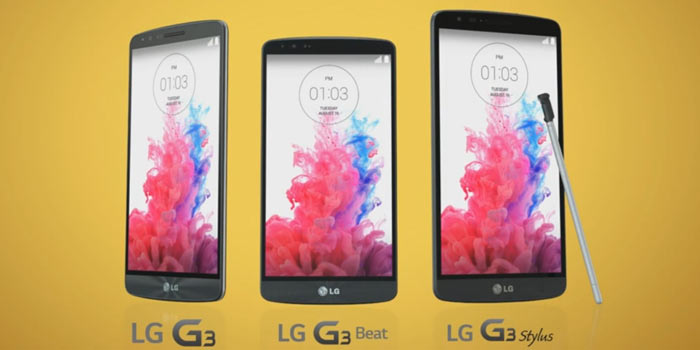 Data grabbed from a user agent profile on LG’s official site as well as through Indian import-export tracking website Zauba has given away a list of components we can expect to form part of this new device. Apparently, it will ship with a 5.7-inch display that will have its resolution tied at 720p HD. Android 4.4 KitKat will be the base OS of course.

An 8MP camera without LG’s famed laser autofocus can be expected to be affixed onto the G3 Stylus as well, apart from a 1.3MP front-facing snapper. This upcoming handset will reportedly run on a 4G-capable 1.3 GHz quad core processor of unknown make and will gain support from 1GB of RAM.

Here’s a quick look at the leaked specs of the LG G3 Stylus:

You can see now, that these components of the LG G3 Stylus are nowhere near the powerful specs (Snapdragon 805, 3GB RAM and more) which the Galaxy Note 4 will supposedly be equipped with. We’re not sure when the company wishes to go official with the smartphone, but we’ll have all the latest details on it as soon as they’re out.

Facebook
Twitter
Pinterest
Linkedin
ReddIt
Tumblr
Flip
Previous articleNokia Lumia 530 is now available for just around $97, but only in China
Next articleLG G3 A goes official as second LTE-A phone, but with 5.2″ 1080p display