The first official teaser for the LG G3 has gone live on the South Korean conglomerate’s YouTube account and it showcases the upcoming flagship, giving viewers a subtle look at the phone’s design and features. The company has also put up a dedicated website for the handset where a timer is counting down to the unveiling event which is scheduled for later this month.

Various mysteries of the LG G3 have been cleared up with the teaser video. Firstly, the phone will have a brushed rear panel made from polycarbonate with the standard shades. The device looks to be pretty slim especially at the edges owing to the curved rear design that’s quite similar to what you’ll see on HTC One M8. Also, it looks as if the panel can be separated from the body, as previous rumors suggested.

The teaser video even highlights that the OIS+ technology will be present on the LG G3 along with dual speakers on the rear. The front panel is showcased as well, and it looks to have even narrower bezels compared to the Isai FL. There’s however, no mention of whether the flagship will get the water-resistant treatment. 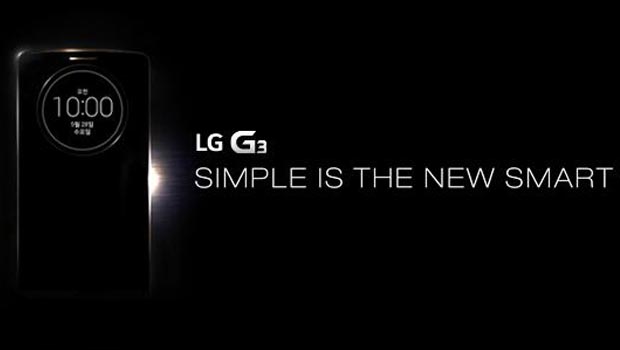 The upcoming LG G3 flagship is without a doubt going to be a premium smartphone. And knowing the company, this is the first of the many teasers that we’re going to see over the next two weeks.