LG’s upcoming G3 smartphone is the talk of the town and with new leaks surfacing each day, we’re seeing more features of the device surface. So far, we’ve stopped the handset in the usual black and white hues and it looks the company is going for a premium look as well, with brushed rear panels.

An anonymous tipster has sent an image of the smartphone with the metallic design to PhoneArena. The leaked picture highlights two shades, black and white, while a small portion of the gold variant can be seen on the top. It’s hard to tell whether the rear panels are made from metal or plastic, but polycarbonate is the most likely candidate here. There’s also word on the rear panel being removable and that the phone will be smaller than the Isai FL which was recently launched in Japan, in height and thickness. 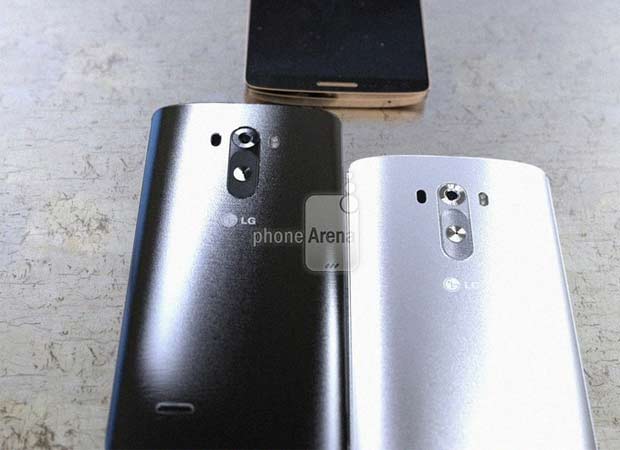 LG might give the G3 smartphone a water-resistant form factor like the Japanese version, but there’s no concrete information on that. The latest details on the specifications suggests that the device will have a 5.5-inch QHD IPS display, a Snapdragon 805 SOC presumably clocked at 2.5GHz, 3GB of RAM, 32GB storage, a 13MP Sony rear camera and a 3200mAh battery. The LG Isai LF, however, was launched with slightly different specs. It has a Snapdragon 801 SOC, 2GB of RAM and a 3000mAh battery.

The LG G3 could be different from the Isai FL, so we’ve still got hopes on seeing beefier hardware onboard. May 27 is when all of the question will be answered.