At last, the LG G3 is ready to enter Indian territory, with the next-gen smartphone having already been listed for pre-order online. While its 16GB model is being offered by Infibeam for Rs 46990, its 32GB variant is going for Rs 49990. The retail website tells us that the device will start shipping on Jul 25.

But July 21 is the day on which LG plans to officially unveil the phone in India, as has been hinted by a tweet which comes from the company’s official Twitter account for the country. The G3 being a flagship, has been equipped with a pretty advanced set of features among which its 2K display forms the main highlight. 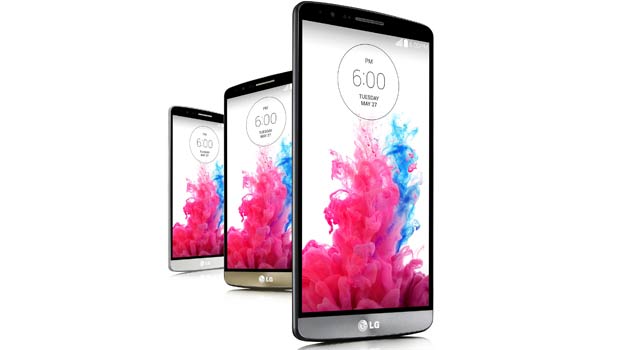 This 5.5-inch panel which sits atop the device bears a resolution of 2560 x 1440 pixels. The LG G3 is fueled by a Qualcomm Snapdragon 801 chipset bearing a 2.5GHz quad core processor. Its 16GB model features 2GB of RAM, whereas its 32GB option offers a 3GB module.

Here’s a complete look at the specs of the LG G3:

This smartphone runs the Android 4.4 KitKat OS which is enhanced by LG’s very own user interface that offers a number of useful features. A 13MP camera with OIS+ technology forms part of its offerings as well, aside from a 2.1MP front snapper.

We’ll have more on the LG G3 upon its official launch in India on July 21, so stay tuned. But if you can’t wait for that and want to pre-order it right away, head over to Infibeam now.