It looks like LG is about to jump aboard the gold bandwagon with its upcoming G3 smartphone. We’re not sure if the company will follow HTC’s and Samsung’s footsteps and design the phone in the precious material, but a report suggest that the flagship will be launched in a golden hue.

The Verge has learnt this information through a source and has also received an image of the handset’s packaging in gold. While the company has chosen to not comment on the leak, it did confirm that the the next flagship phone will have a 2560 x 1440p screen resolution which is otherwise known as 2K or QHD. Apart from this, word out is that the device will make its debut this summer. 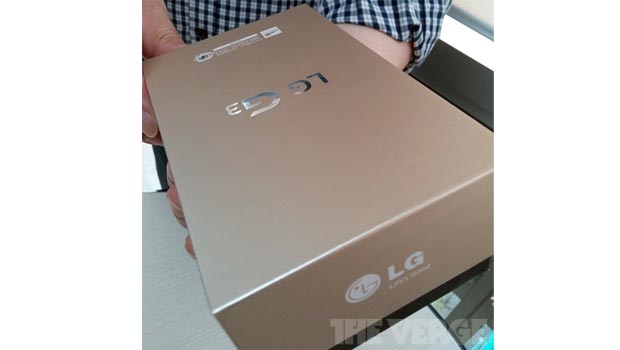 The Verge also points out that the Japanese version of the G2 was called the isai L22. This has got us to believe that the recently leaked LG isai FL, which is also known as the L24, is indeed a variant of the LG G3. The website has also received word from its sources that the upcoming flagship will highly resemble the KDDI-exclusive isai FL which is pictured below. The screen size is said to be around 5.5 inches and it looks like LG is taking the same approach as Chinese OEM OnePlus where it will deliver a large display in a small form factor through extremely thin bezels.

While June is the expected launch for the LG G3, the isai FL L24 leaked image shows May 1 on the device’s screen which could be the day when the KDDI-exclusive model goes official.