The LG G3 has proven to be quite successful in South Korea where it’s currently available and now, the company has announced that they’re ready to make the flagship phone available globally. The handset will initially roll out to select Asian countries including Hong Kong, Indonesia, Singapore and the Philippines, with more to follow.

The LG G3 made its debut towards the end of last month and it’s amongst the few devices to come with a WQHD 2K display. The phone also manages to fit a large 5.5-inch display within a form factor that’s not much larger than its predecessor’s. This is made possible by greatly reducing the size of the bezels. The device continues to flaunt a minimalistic appearance and it also has redesigned rear volume keys. 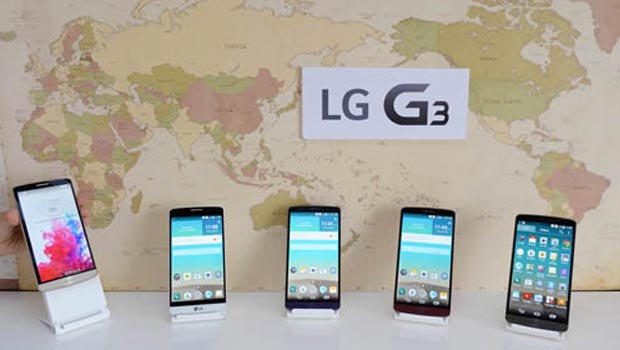 The rear panel features a metallic finish and it’s also fingerprint-resistant. Along with the latest Android release, LG has also thrown in software enhancements such as Knock Code, Smart Keyboard, Smart Notice, Smart Security and more. A recent report suggested that a Snapdragon 805 version of the smartphone is in the works with a main goal of delivering LTE-A connectivity. This handset will feature the Qualcomm MDM9635 modem and be exclusive to Korea just like the Samsung Galaxy S5 LTE-A.

Following its debut in Asia, the LG G3 will continue its global journey with Europe and the Middle East next month. The handset is also expected to make its debut in the US next month, but nothing has been confirmed as yet. So far, a leaked document shows that Verizon will start accepting pre-orders on July 10 with availability listed for a week later.